Otzma Yehudit Party Chairperson and Knesset Member Itamar Ben Gvir and Yamina Knesset Member Amichai Chikli were both blocked from entering the compound to the Temple Mount when each arrived Wednesday at a separate time to ascend to the site.

Ben-Gvir was barred from visiting the site also this Thursday as well as on Wednesday. Likud Knesset Member May Golan was also barred from entering the site.


Israel Police first turned away MK Chikli, and then Ben Gvir and Golan, saying the lawmakers had failed to first coordinate their visits 24 hours in advance with the Israel Security Agency (Shin Bet) and the Knesset Officer, as required.

On Wednesday afternoon the Knesset Officer said in a statement that Ben Gvir had been informed that Israel Police Commissioner Yaakov Shabtai had barred the visit after an evaluation by the Shin Bet and other intelligence authorities indicated there would be a “high degree of certainty it would lead to an increase in tensions at the Temple Mount and arouse disturbances that will radiate out to wider circles that could endanger the security of the nation.”

Ben Gvir told reporters, “This is the end of democracy.

“Instead of dealing with the rioters, the police harm the parliamentary immunity of an MK who requests to march with the flag of Israel in the capital, Jerusalem, one hundred meters from the light rail,” the MK said.

“The police commissioner failed to deal with the rioters in Lod, in the south and on the Temple Mount — and now with an unprecedented decision he is revoking the freedom of movement of an MK,” Ben Gvir added.

The MK also planned to march with an Israeli flag to the Temple Mount through the Damascus Gate entrance to Jerusalem’s Old City this Thursday, the originally rescheduled date to hold Israel’s traditional, annual Jerusalem Flag Dance March.

The march was rescheduled for Thursday after a Hamas rocket attack aimed at the capital interrupted the march on Jerusalem Day last month.

The government has again rescheduled the march, this time for next week (June 15), due to fears sparked by Hamas threats to renew violence if the march were to proceed – a decision Religious Zionism Party Chairman Bezalel Smotrich called “an embarrassing capitulation to terror and to Hamas threats.” 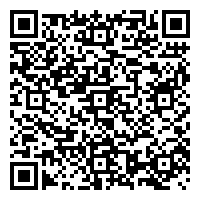