Chief Sephardic and Ashkenazi Rabbis of Jerusalem, Rabbi Shlomo Amar and Rabbi Aryeh Stern have together launched a new effort to improve the Sabbath observance of the holy city.

In a statement made after a conference on Sabbath observance organized by the Liba Center (Hiddush) last week, the two rabbis together appealed to residents of the holy city to patronize the Sabbath-observant merchants of Jerusalem.

They also called on the Jerusalem Municipal Council to close entertainment venues such as the Yes Planet cinema complex and other movie theaters, and urged that Sabbath desecration in Jerusalem be reduced.

The rabbis also suggested a public system be installed to broadcast the candle-lighting time for the Sabbath, to notify the Jewish public when the Day of Rest begins. 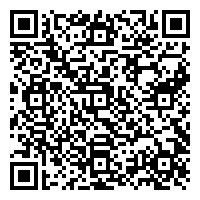