On Wednesday, the fifth of five seriously and critically ill patients was released to his home after having received innovative treatment as part of the first clinical trial of its kind. The five patients were treated at Hadassah Ein Kerem Medical Center in Jerusalem under a protocol developed at Hadassah with the biotechnology company Enlivex Therapeutics. All five patients were discharged healthy from the hospital after treatment, according to hospital spokesperson Hadar Elboim.

The new drug, called Allocetra, was developed on the basis of research by Professor Dror Mevorach, director of the Internal Medicine department and the Coronavirus department at Hadassah. The drug has been successfully tried in the past in 10 patients with sepsis, a potentially life-threatening condition in which multiple organ systems are damaged due to the body’s response to an infection. Sepsis is considered a serious disease that currently has no cure.


The trial in the Coronavirus patients was conducted under the approval of the Helsinki Committee of the Ministry of Health.

“Allocetra is intended for the treatment of a wide range of cases in which there is an overactivity of the immune system, which leads to an increase in the secretion of proteins by cells of the immune system – called cytokines and causing a cytokine storm,” Prof. Mevorach explained. “Its activity is carried out by treating cells taken from a healthy donor in the laboratory in such a way that when injected into the patient’s body, they curb the inflammation or cytokine storm that is very harmful to patients.”

Hadassah CEO Prof. Ze’ev Rothstein welcomed the progress. “Despite the war taking place around and alongside intensive preparations to absorb the growing numbers of critically ill patients, Hadassah continues to innovate and lead the breakthroughs in the treatment of these coronavirus patients and are happy that a drug developed in our hospital has therapeutic potential in these patients.

“I hope that even those who must do their part in the budget and cash flow of the hospital system in the country will finally wake up and help us help the public at this time.

“We are pleased that the patients who were in such a severe and critical condition have recovered as a result of the treatment with Allocetra.” 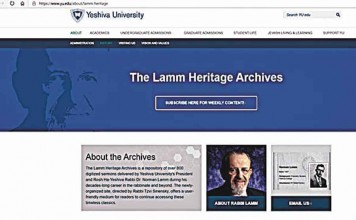