Israel’s President Isaac Herzog received the diplomatic credentials of the new ambassadors from five nations; but it was the ceremony with Bahrain’s Ambassador Khaled Yusuf Al Jalahma that prompted him to point out, “Brave states take brave steps.”

The incoming ambassadors from Mexico, Estonia, Spain, Greece and Vatican City also presented their letters of credence in formal ceremonies at the President’s Residence in Jerusalem. They were greeted by the IDF Orchestra playing their respective national anthems, and then proceeded to inspect the IDF honor guard. Following their presentations of letters of credence, the ambassadors signed the guest book of the President’s Residence. The Israeli national anthem was the final piece played by the IDF Orchestra.


Al Jalahma is Bahrain’s first ambassador to the Jewish State. His accreditation comes on the eve of the one-year anniversary of the signing of the historic Abraham Accords and the normalization of Israel-Bahrain relations. The president and the Bahraini ambassador met for a diplomatic working meeting following the ceremonies, after which there was a press briefing.

“The Abraham Accords were the fruit of both vision and power,” Herzog said in accepting his credentials. “The growing partnership between our countries is a model for the whole Middle East, and I hope that other states in our region will be inspired by your example.”

Herzog also noted that “credible reports are coming in of Iran’s progress toward nuclear weapons capacity” at present. “It is more important than ever to be united in our struggle against extremist forces working to undermine stability and peace in our region,” he said.

In response, Al Jalahma noted that peace “is the strategic choice of the Kingdom of Bahrain. . .His Majesty the King believes that dialogue, understanding, and building confidence are lofty principles and main foundations for achieving cooperation between nations and peoples. . .I am confident that this historic step will lay a solid foundation for relations between our two countries, based on the values of tolerance and coexistence between peoples, beliefs, and religions,” he added. 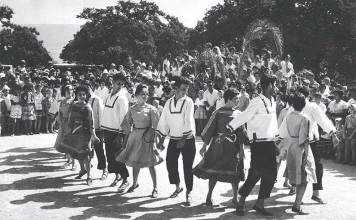 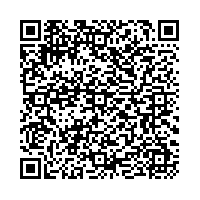