The violence began in the area of the Rockefeller Junction in the eastern part of the capital, according to the report.


One 30-year-old Jerusalem Arab resident was arrested; according to Arab sources, 10 of the rioters were wounded in clashes with Israeli police forces.

Jews Finally Hit Back When Attacked by Arabs in Jerusalem

One day earlier, a group of Arabs rioted outside the Damascus Gate entrance to the Old City of Jerusalem, hurling rocks at police and civilians.

One Jewish boy was hit in the head and injured by a rock hurled by an Arab; four arrests were made.

One of those arrested by police was a rioter who attacked a police officer.

Earlier in the evening, hareidi-religious Jews fought back when they were attacked by Arabs near the Damascus Gate while returning from prayers at the Western Wall. The ensuing melee ended with the arrival of Israel Police at the scene. 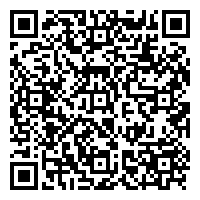