Fires that ravaged the Jerusalem Hills last week for several days and consumed some 25,000 dunams of trees and greenery reignited on Wednesday near the Kiryat Ye’arim area.

10 firefighting teams and six planes were dispatched to the scene and were successful in containing the blazes within a few hours.


In the meantime, the police reportedly arrested a suspect near Highway 38 on Wednesday morning while he was trying to set fire to a wooded area. Highway 38 is situated at the foothills of the Jerusalem Hills.

The suspect is being investigated in connection with last week’s huge fires, which were suppressed after 52 hours of continuous firefighting. 204 fire crews comprising of some 1,500 firefighters took part in the operation. Firefighters also used 20 firefighting aircraft. The air squadrons released 190,000 liters of flame inhibitor and 516,000 liters of foam in 206 sorties comprising 238 flight hours.

Last week’s fires are believed to have been the work of arsonists, possibly Arab terrorism. The fire broke out at three separate locations simultaneously, leading the security forces to investigate the incident as an act of arson.

Arab terrorists have previously used arson as a form of terrorism.

The Shin Bet security agency is reportedly involved in the investigation. 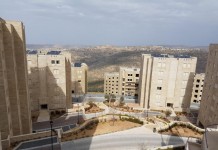 Goldstein on Gelt: How to Invest for Growth