Four young Jewish women and girls are finally free — two days later — after being detained on suspicion of praying at the gates of the Temple Mount spent the night in jail because they refused to sign a police document agreeing to a restraining order banning them from approaching and/or entering the Old City of Jerusalem for the next six days.

The small group was among a larger group of girls and boys in the Old City who were detained by police for praying at the gates of the Temple Mount.


Among those detained were a Jewish mother and her baby, as well as a minor who, according to a nonprofit civil rights advocacy organization, was roughed up by a female police officer. When the detainee tried to protect herself from the attack, she was arrested for “assaulting a police officer,” according to the Hebrew-language HaKol HaYehudi news website. The minor, who was severely assaulted by a Border Guard Police officer, filed a complaint upon her arrival at the precinct.

Following an initial investigation, the police prepared to release the four women and girls, on the condition they sign a document agreeing to a ban restricting them from entering the Old City for the next six days. Some signed the document; others refused to agree to the condition and instead spent the night in detention.

The next morning they were arraigned in Jerusalem Magistrate’s Court, where instead each received a 30-day restraining order, barring them from entering the Old City. Once more, they rejected the conditions, insisting there was no cause inasmuch as they had done nothing wrong — praying at the gates of the Temple Mount is not against the law.

Again the girls were returned to their cell and spent a second night in custody. The court, meanwhile, agreed to their release in the morning, but left the 30-day restraining order intact.

Attorney Moshe Polski of the Honenu civil rights organization representing the girls said in response, “Girls who wanted only to pray were detained without any justification. The police accused them of obstructing the passage to the holy sites, despite the fact that the documents presented by the police showed that no one was denied access to the Temple Mount.”

It is not known whether there will be an appeal of the charges, and/or the restraining order. 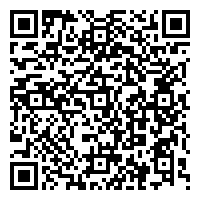