Two firebomb helium balloons were found in the backyard of a house in the Gilo neighborhood of southern Jerusalem, near the Arab town of Beit Jala, Israel Police reported Friday. This is the first time that incendiary balloons have been reported in the center of Israel and not in the southern region and the Gaza perimeter.

The two helium balloons were bonded with a matches and an incendiary substance. Police sappers were summoned to the scene and determined that these were indeed firebomb balloons. Investigators took the balloons for further examination. The details of the incident are not yet clear.

The police said that the sappers were summoned to a private house on Yaffa Rom Street in Gilo, after a suspicious balloon was found there with unidentified items connected to it.

Jerusalem Nir Barkat warned the residents of Beit Jala and the Palestinian Authority that an incident like this had better not happen again.

The police remind the public that caution should be exercised with regard to such suspicious objects – kites and balloons, which may also contain explosives or incendiary substances. The police stress that if a suspicious balloon is found, it is necessary to report immediately to the 100 operator (Israel’s 911) and to move away from the object to a safe distance of at least 50 yards.

Meanwhile, this week the IDF reported implementing a technological system to intercept incendiary balloons, based on an electro-optical detector that identifies the balloons sends a report on their exact location to the system, which in turn launches a drone to the exact location of the balloon. The drone cuts the balloon and returns to its operator. The entire operation is carried out autonomously and without human intervention.

The new system, which has already been deployed over the past few weeks along the Gaza Strip border, is capable of detecting and targeting hostile objects and in real-time neutralizing the threat. The new system has already carried out a number of successful intercepts.

Is It Proper…? Is it proper for a Jew to propose on one knee? 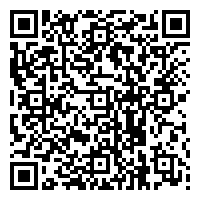