The wooden Mughrabi Bridge leading from the Western Wall Plaza to the Temple Mount in the Old City of Jerusalem is on the verge of collapse, according to a report televised Thursday on Israel’s Channel 13 News.

Ofer Cohen, a structural engineer, wrote an official letter to the Western Wall Heritage Foundation after finding “extreme dryness” and “many longitudinal cracks” in the wooden footbridge.


The Mughrabi Bridge was built 15 years ago to replace an earthen access ramp to the Temple Mount that itself was in danger of collapse at the time.

Cohen said in his letter that the condition of the wood with which the bridge was built “doesn’t enable safe use of the bridge over time.” He “unequivocally” recommended the bridge be replaced with a metal structure that would be more durable.

The only problem now is how to accomplish this feat without enraging Jordan, its Islamic Waqf that currently controls the Temple Mount, and by extension Muslims around the world.

Attempts to build a replacement was made in 2011, and another in 2014, but were abandoned by the Netanyahu government in the face of heavy Jordanian and Egyptian pressure. 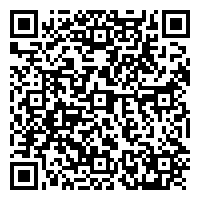