“My word is my word. I stand behind what I said in the past. There is no change in policy,” she said.

The move by Dăncilă followed a statement to the media by Palestinian envoy to Romania Fuad Kokaly that alluded to Bucharest having reneged on its plans to move the embassy.

Speaking to members of the media following a meeting with the president of Romania’s ruling Social Democratic Party Liviu Dragnea, Kokaly said the senior Romanian official had pledged not to change the current status and not to relocate the Romanian Embassy.

She said Kokaly’s remarks “do not in any way reflect what was said in the meeting. I asked the envoy to take back [his remarks] because they are not connected to reality.”

In a telegram to the Israeli Foreign Ministry, confidantes of Dăncilă told the Israeli ambassador that the Palestinian envoy “severely deceived us. We have learned a life lesson.”

The telegram noted that Dăncilă was “shocked by the Palestinian envoy’s announcement.”

There is a major dispute going on among senior members of Romania’s government over the issue of the embassy’s relocation to Jerusalem. Among those who oppose the move is Klaus Iohannis, who as Romania’s president is the official authorized to implement such a move. 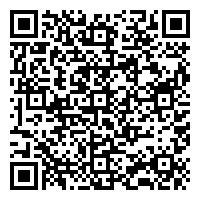