The Supreme Court of Israel Tuesday issued a ruling freezing the planned evictions of the Arab families who are currently living in Jewish owned homes in the Shimon HaTzadik neighborhood in Jerusalem which is called Sheikh Jarrah in Arabic.

The ruling was issued to allow the Arab families slated for eviction more time for an appeal to be heard by the full Supreme Court.


The homes in question have been at the center of an ongoing dispute over their ownership. They were owned by Jewish families who lived in them until they were forced to flee when the area came under the control of Jordan after Israel’s War of Independence. Jordan then gave the homes to Arab families.

The courts have already ruled on this matter, saying that the properties should be returned to their rightful Jewish owners. But the Arab community has taken advantage of the issue, using it to gain sympathy by making the families appear to somehow be the victims of Israeli aggression.

In the spring of 2021 the Hamas terrorist group that controls Gaza even went so far to initiate an extended conflict with Israel over the matter. After issuing an ultimatum that gave Israel all of 2 hours to respond, Hamas launched missiles at Israel, including Jerusalem where they could have killed Arab civilians.

In recent weeks, Arabs rioted in the area when Israeli Knesset Member Itamar Ben-Gvir opened a new office in the neighborhood. The Arabs have also continually attacked the homes now occupied by Jews, set fires and destroyed cars belonging to the Jewish residents there.

Ben-Gvir, who serves in the Knesset as the leader of the opposition party Otzma Yehudit was, of course, dismayed by the news. He said, “The Supreme Court’s decision to change the law and make claims on behalf of the rioters who took over properties and then dismiss them and leave them in place is a dark, illegal, undemocratic decision and contrary to the values of the rule of law and constitutes a very serious precedent enjoyed by intruders.

“It is unacceptable to lose Shimon HaTzadik,” he added.

Bezalel Smotrich, the leader of the Religious Zionist coalition Party in the Knesset that includes Ben-Gvir’s faction, took a much harsher position. He criticized the Court accusing it of, trampling, “on private property for political reasons,” and saying that it proved that it is not concerned with the law and that with it, “everything is politics and agenda.”

“There is no legal rule that Supreme Court justices will not trample on the path to realizing their post-Zionist leftist agenda,” he added on Twitter. Smotrich went so far as to say that the justices must be replaced with, “conservative, Zionist and nationalist justices.”

He went on to promise to make changes to how Supreme Court justices are selected if and when his party returns to power as part of a right-wing coalition government. 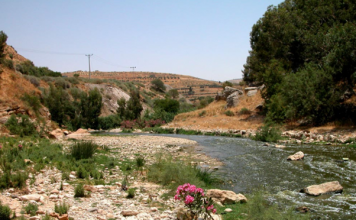