The Temple Mount Sifting Project is renewing its activity, and, for the first time in the history of archaeological research in Israel – the site will be coming to you. The sifting, which was conducted until recently in Emek Tzurim National Park, has now been transformed into a mobile activity which can traverse the country and engage various schools, institutions, and communities.

Yes, the Temple Mount Sifting Project will be bringing the antiquities-rich soil the Arabs illegally removed from the Temple Mount in the late 90s, to a number of communities and institutions throughout Israel. Students and other volunteers will be able to sift through this material and take part in the important work of recovering the ancient artifacts within.


One such sifting activity was undertaken Wednesday in the Yeshurun School in Petach Tikva, and the project is already taking requests from other communities throughout Israel.

This new archaeological program focuses on sifting the remaining soil from the southeastern corner of the Temple Mount, just north of the subterranean structure of “Solomon’s Stables.” In 1999, during an illegal excavation conducted by the Northern Branch of the Islamic Movement and the Waqf, 9,000 tons of antiquities-rich earth was removed from the Temple Mount and dumped in the nearby Kidron Valley.

In 2004, archaeologists Dr. Gabriel Barkay and Zachi Dvira (Zweig) established the Temple Mount Sifting Project in order to recover the ancient artifacts hidden in the soil, and to conduct in-depth research that will shed new light on the history of the Temple Mount. The sifting has resulted in more than half a million artifacts so far, ranging from the prehistoric times to the modern time, mostly from the First Temple Period onwards. These are the first archaeological finds ever recovered from within the Temple Mount itself. The study of these artifacts and their publication are of great importance to the scientific community and the general public.

The project enables its volunteers to take an active role in the salvage of artifacts buried in the soil. Over the years, the project has been able to involve an unprecedented number of volunteers in its work. Because it is a sifting project, which can accommodate larger crowds than a traditional excavation, more than 200,000 people have participated in the project – a world record in archaeological research.

According to Zachi Dvira, co-director of the project, “we want to make Temple Mount heritage accessible to the entire Israeli public. We will provide them with the experience and the privilege of saving antiquities from this soil which was savagely excavated with no archaeological supervision. In this new program, we now aim to reach the parts of the public who found it difficult to come to the sifting site in Jerusalem.”

The mobile sifting is accomplished by loading the soil onto a truck in large sacks which are then brought to the community’s site where sifting stations and a water system are set up. Each group or class participates in an activity that lasts for 1.5 to 2 hours and includes an educational presentation of the archaeology of the Temple Mount and the story of the Sifting Project. Then, the volunteers sift through the soil, collecting all the archaeological finds, which fascinates young and old alike.

Yeshurun High school principal, Rabbi Yaniv Cohen, expounded on the importance of the activity: “The sifting activity touches upon the past, and allows us to meet ourselves in the present, while showing a commitment towards the future. The act of sifting, while seemingly an act of separation, in fact enables us to come together and be a part of the unfolding story of Jewish history. This is doubly felt in Petach Tikva, with its strong commitment to Jerusalem.”

“Seeing the students fascinated by the tangible interaction with the Temple Mount artifacts is exciting.” says archaeologist Haggai Cohen. “The students keep asking for a detailed explanation about each artifact they find, and with this hands-on experience, they are getting a deep education about the heritage of Jerusalem, its history, archaeology, and the cultures that formed it.”

As one student put it, “We are having a lot of fun! We feel like we are taking part in a really important project finding old and important artifacts.”

The directors of the Temple Mount Sifting Project hope that the promised government funding will be coming soon. Their goal is to use this new program to reach schools from all sectors and parts of the country. As they say, “If someone can’t come to the mountain, we will just have to bring the mountain to them.”

“We hope to reach every sector of society – Jews, Christians, and Muslims, religious and secular. The history of the Temple Mount shows that the Mount was an important center of activity for all the monotheistic religions for over three millennia,” says Dvira.

In addition to resuming the sifting, in honor of Jerusalem Day, the project’s directors agreed to share with the public some of the special finds that they are currently researching. The sifting yielded a collection of over 6000 ancient coins, some of which were the first minted in Jerusalem, and by Jews. These rare coins were minted in Jerusalem in the end of the fourth century BCE, when Jerusalem served as capital of the semi-autonomous “Yehud” province of the Persian Empire. The coins were modeled after the most popular coin of the time – the Athenian Obol. The Jerusalemite coins copied the barn owl from the Greek coin, but changed the Greek letters ΑΘΕ, short for the name of the city of Athens, to the ancient Hebrew letters יהד – a short form of the name of the province Yehud Medinta. These coins mark the transition in trade from the use of gold, hacksilber (silver pieces), or other commodities to using a monetary system regulated by the authority which minted the coins.

Three of these Persian Period coins were found in the sifting of the Temple Mount soil, and another two tiny silver coins, too worn to read, are suspected to belong to this type as well. These coins are very rare. Not including those found by the Sifting Project, in the history of excavations of ancient Jerusalem, only five other such coins have been found. The relatively high number of such coins found by the Sifting Project is a result of the wet-sifting methodology perfected by the project, and the fact that the Temple Mount functioned as an administrative and commercial center during the early days of the Second Temple in addition to being the site of the Temple itself.

The Temple Mount Sifting Project is conducted under the academic auspices of Bar Ilan University’s Institute of Archaeology. The Project is currently funded by private donors via the Israel Archaeology Foundation and its crowdfunding website www.half-shekel.org.

Does the Jewish communities of YESHA Impede a Peaceful Resolution of Palestinian Arab Conflict? 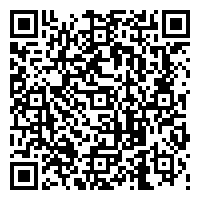