This is the story of a terrorist attack that didn’t happen, thanks to an ethical Arab woman with a heart.

The woman, who lives in the northern Jerusalem Arab neighborhood of Shuafat, cherishes life, not death, and wants to live in peace with her Jewish neighbors. She quietly turned to Israeli police on Thursday to report that she had seen a young Arab man in the neighborhood get on the bus with a “sharp object” hidden in his backpack.


Israeli Police officers and Border Guard Police stationed at the Shuafat checkpoint located the bus in which the youth was traveling, and boarded.

During their search they checked the teen’s bag, which he had stashed under his seat. Within the backpack was a bag of regular commercial household cotton, in which he had carefully hidden a sharp, 12-inch kitchen knife.

The suspect, a resident of Shuafat, is around 20 years old. He was arrested and transferred to security personnel for further questioning. 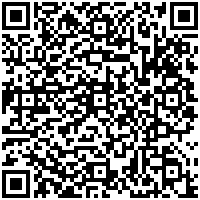