Following exhausting negotiations between the right-leaning National Labor Federation, the Workers’ Committee of the Teva Tablets plant in Jerusalem, and the management of Teva, the chairman of the plant’s local workers’ committee on Sunday announced the decision to cancel the first wave of layoffs, scheduled for April 2018. This means that all the workers in the Jerusalem plant will continue to work there until the planned closing, in early 2019, Channel 2 News reported.

Last week, a number of talks were held by the Ministry of Economy, headed by Minister Eli Cohen (Kulanu), with Teva’s management. The Economy Ministry demanded that the initial layoffs be postponed and that the plant be put up for sale, so that, should there be an interested buyer for the plant, they would be able to employ some of the current workers and alleviate some of the damage of the next wave of layoffs.

“In practice, we managed to keep almost all the employees until December 2019, except for those who are close to retirement age,” Itzik Ben Simon, chairman of the workers’ committee, informed the workers, thanking the chairman of the National Labor Federation, Yoav Simchi, and the head of the professional division, Sassi Sadeh, for their help.

“The workers we will be forced to send away will be taken care of with professional reassignment issued and financed by Teva, and they will also receive a compensation package,” Ben Simon said, and asked his fellow workers to return to work Monday. He also assured them that they would “get full pay for the last two weeks,” when they were out on strike.

“The details were agreed to but not yet signed,” the workers’ committee chairman said, and reassured his people that “if we suddenly don’t reach an agreement, we will resume the strike.”

According to Ben Simon, Teva has offered to pay out 100% severance packages to workers who opt to retire immediately, and a descending sliding scale to employees who retire later in 2018. 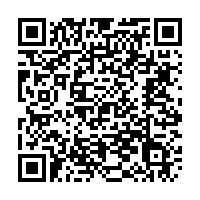