On Wednesday, The African National Congress (ANC) National Conference, South Africa’s ruling party’s highest decision-making body, unanimously resolved to downgrade the South African Embassy in Israel to a liaison office, “In order to give our practical expression of support to the oppressed people of Palestine.”

The South African Jewish Board of Deputies (SAJBD) and the South African Zionist Federation (SAZF) quickly condemned the resolution, issuing a statement saying, “South African Jewry feel betrayed by the liberation movement of the ANC structures and are deeply disappointed that they were persuaded by those with (an) obsession to vilify the Jewish state.”


The two groups stressed: “We question the motives behind this discriminatory decision that would effectively prevent South Africa from playing any mediatory role in bringing about peace or dialogue between Israel and Palestine.”

“This downgrade will do nothing for the Palestinian people‚ and have a detrimental effect on South Africans. We further question the motives of organisations and individuals who have managed to ‘capture’ the ANC’s international relations agenda‚ including the BDS,” the Jewish groups’ statement added. 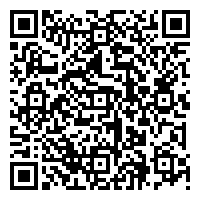