Minister for Internal Security Yitzhak Aharonovitch visited Umm el-Fahm, Yokneam and Furadeis Monday to express the government’s support for Arab communities as they deal with a wave of “price tag” attacks.

The same cannot be said for Jewish sites that have been vandalised by Arab anti-Semites.


Although the Israeli and international press have barely noted Arab attacks against Jewish sites around Israel, swastikas and anti-Israel graffiti have become commonplace in recent weeks.  Attacks have included:

Yaron Zamir, a spokesman for Minister Aharonovitch, told The Jewish Press that although the minister would not be visiting any Jewish sites today, he can hardly be accused of ignoring Arab anti-Semitism.

“As someone who has worked with the Minister for the past three years, I can tell you that Mr Ahronovitch routinely spends two-and-a-half to three days a week dealing with anti-Semitic attacks committed by Arabs. Today, we are visiting the Arab community,” Zamir said.

During the visit, Aharonovitch said he’d come to the Arab sector in order to show his support, and to promise that criminals who deface mosques will not be allowed to destroy Jewish-Arab coexistence in the Galilee.

“They are trying to destroy Jewish-Arab coexistence here, but we will not allow them to destroy it,” Aharonovitch said. “We will do whatever we need to do in order to put a stop to this phenomenon. It has reached very large proportions, both in Judea and Samaria and inside Israel.”

The minister added a plea for local Arabs to “act responsibly”and to let police and internal security forces “deal” with the price tag criminals. “There are already too many people out there trying to ignite this area. I call on all parties to act responsibly,” Aharonovitch said.

Minister: Price Taggers ‘terrorists’
During a press conference in Umm el-Fahm, Minister Aharonovitch repeated his call on the government to declare price tag incidents as “terror attacks” in order to give police “more tools” to deal with the phenomenon.

“(We need) all the tools available to deal with the organizations and individuals involved with this,” he said. “These include administrative detentions, bans on people coming to certain areas. Some of these measures have already been taken, some will be taken soon…. But it is important for residents to know that the perpetrators of these attacks will be caught, and will be brought to justice.” 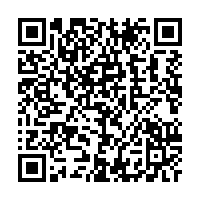