Ahmed Daqamseh, the Jordanian army corporal who murdered 7 Israeli schoolchildren from the AMIT Fuerst School in Beit Shemesh, and wounded 6 more, was released from prison in Jordan on Saturday, according to an AP report.

Daqamseh served 20 years of a 25 years sentence, after opening fire on the group of Israeli schoolchildren on March 13, 1997, who were visiting the Naharayim “Island of Peace.”


Naharayim is a joint Israeli-Jordanian tourist resort under Jordanian rule.

After the attack, Jordan’s King Hussein personally visited Israel to express his condolences to the families.

A majority of the Jordanian parliament has previously called for his release, while Daqamseh said he was fulfilling his Islamic duty by killing the Jewish children.

Speaking on Al Jazeera in May 2001, Daqamseh’s mother said, “I am proud of my son, and I hold my head high. My son did a heroic deed and has pleased god and his own conscience. My son lifts my head and the head of the entire Arab and Islamic nation. I am proud of any Muslim who does what Ahmad did. I hope that I am not saying something wrong. When my son went to prison, they asked him: ‘Ahmad, do you regret it?’ He answered: ‘I have no regrets.’ He treated everyone to coffee, honored all the other prisoners, and said: The only thing that I am angry about is the gun, which did not work properly. Otherwise I would have killed all of the passengers on the bus.” 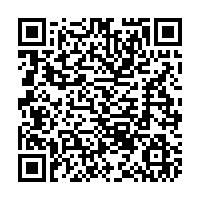