The town of Efrat in Gush Etzion introduced their new counter-terrorism rapid response drone unit on Sunday. The unit’s goal is identify and locate suspected terrorists long before they reach the perimeter of the town, allowing for faster capture, while increasing the safety of the residents.

The impetus for introducing the drone project began after there was a noted increase in the number of attempted terrorist infiltrations into Efrat. Two of those infiltration attempts were successful, leaving two people injured. The concept was discussed and approved by the IDF, and the drone unit, all of whom are members of the town’s counter-terrorist unit, began quietly training a few months ago.


The launch ceremony was introduced with an exciting mock infiltration attempt.

The suspected terrorist was spotted by Efrat’s security command center. The drone, which works in day and night, was launched and used to exactly pinpoint the target, at which point members of Efrat’s rapid response team went out and quickly captured the terrorist before he could get any closer.

The drone and its custom software, which costs $37,000, were donated to Efrat by the International Fellowship of Christians and Jews. Representing the IFCJ was Rabbi Yechiel Eckstein.

Accepting the donation for Efrat was Mayor Oded Revivi.

Following this successful pilot, the IFCJ plans to donate additional drones to towns along the Gaza border.

The writer of this article is a member of the Efrat Counter-Terrorist Unit and on the newly launched drone unit. 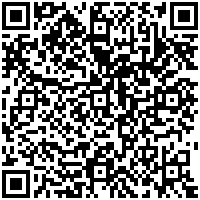