A number of roads in the Gush Etzion area were closed to traffic and residents living in the outer line of houses in Bat Ayin were evacuated for their own safety.


As the blaze approached the community, the winds blowing in the area were unfortunately feeding the flames while helping the fire to spread.

In addition to the firefighting teams from the Judea Regional Station, firefighters from other districts streamed to the site to help their colleagues get control over the flames.

Firefighters from the Dan District were sent to help those in Gush Etzion, plus two firefighting planes from the El’ad Squadron flew to the site to help contain the flames.

Over the weekend on Friday and again on Saturday, flames erupted near the Judean town of Tzur Hadassah.

On Friday the flames broke out in a forest in the Jerusalem hills, near Tzur Hadassah.

The flames began to spread towards the Jewish city of Beitar Illit, and another Jewish community, Givot, on Saturday morning, forcing the temporary evacuation of dozens of families. 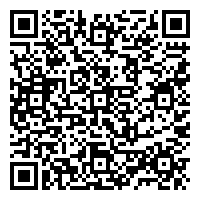