Archaeologists researching dozens of clay sealings (clay seal impressions) recovered during the sifting of Temple Mount soil and the excavations at the Ophel Park (adjacent to the Southern Wall of the Temple Mount) have successfully identified evidence of both the Temple Treasury and the Royal Treasury of the Kingdom of Judah.

In a comprehensive study, archaeologists Zachi Dvira and Dr. Gabriel Barkay analyze the use of clay sealings in the Ancient Near East, demonstrating that their primary function was the management of storehouses (Treasuries / אוצרות” in Biblical Hebrew), a fact which is particularly evidenced by the large percentage of sealings which bear the impression of woven fabrics on their reverse. Their findings will appear in the upcoming edition of the Jerusalem Journal of Archaeology published under the auspices of the Hertog Center of the Hebrew University Institute of Archaeology. The Hebrew version of their study appears in the periodical Eretz Israel 34 (dedicated to Ada Yardeni), published by the Israel Exploration Society.

Clay Sealings (bullae) are pieces of unfired clay that were used to secure storehouse doors and the openings of storage vessels in Biblical times. A lump of clay was first pressed over the knot of a cord securing a doorknob or the covering of a vessel, and the manager of the treasury would then impress his, or his superior’s seal upon the clay (much like the Biblical description of Pharaoh giving his signet ring to Joseph (Gen 41:42)). This method of sealing prevented unauthorized persons from opening a storage area without leaving signs of tampering.

By examining the names of the officials appearing on the sealings used in the management of treasuries, the names of the chief treasurers were ascertained as well as the fact that those who assisted him in his work were generally members of his family.

Central treasuries were found to have existed in royal palaces and temples. They were used to store agricultural produce, such as wine, oil, grain, and honey, as well as materials and objects of value, such as gold, silver, jewelry, and precious stones.

The Clay Sealings from Jerusalem

On the reverse side of approximately 6% of the clay sealings found in Jerusalem, the impression of a woven fabric appears. These sealings were found primarily in two contexts: in the soil sifted from the Temple Mount, and at the foot of the Temple Mount’s southern enclosure wall (The Ophel Park), where back in the 1970s and ’80s, as well in recent years, excavations were carried out by the Hebrew University Institute of Archaeology, under the supervision of the late Binyamin Mazar and the late Eilat Mazar. In these excavations, an impressive array of buildings was unearthed, attributable to the Royal Compound of the Kingdom of Judah.

About 21% of the First Temple period sealings found in the sifting of soil from the Temple Mount carried impressions of woven fabrics on their reverse, indicating that some were attached to small bags (bundles / צרור in Biblical Hebrew) which contained pieces of silver or precious metals, while others were perhaps attached to swaths of fabric which covered the openings of ceramic jars in which agricultural produce was stored.

Among the sealings from the Temple Mount soil which were recovered during the first days of the sifting project was a sealing upon which appears an inscription reading “[..]צליהו בן אמר” ([..]ṣlyhw son of ʾmr). The typology of the letters matches the Paleo-Hebrew script used during the latter First Temple period. This sealing has been previously published, but only lately, as a result of the present study conducted by Dvira and Barkay, can its significance be fully understood. The researchers suggest that the full name of the bearer of this seal was הִצִלְיָהוּ בן אִמֵר (Hiṣilyahu son of Immer). Immer is the name of a Priestly family which served in the Temple in the 7th or early 6th Century BCE. The prophet Jeremiah mentions a prominent priestly figure by the name of Pashḥur son of Immer, who is described as the “paqid nagid in the House of the Lord” (Jer. 20:1-6). The titles paqid and nagid were used in the latter First Temple period by Priests and Levites who were appointed over the Treasuries. Thus, Hiṣilyahu son of Immer was apparently the brother of Pashḥur (or a member of his family), who served as one of the officials managing the Temple Treasuries.

The researchers also conducted a review of the array of artifacts found in the Ophel excavations and revealed evidence of the existence of the Royal Treasury at the site, adjacent to the public structure which was referred to by the excavators as “the Royal Building”, in which a large number of storage jars were discovered. In the more recent excavations at the site, 34 sealings were discovered in the layers of the building’s refuse dump. Of these, 14 (41%) carry impressions of woven fabric on their reverse. The inscriptions on many of these sealings mention the name of a common patriarch (named Bes). Upon another sealing, which has already been published and widely discussed, the name of ‘Hezekiah King of Judah’ appeared. Other artifacts discovered within and near this building strengthen the suggestion that it is indeed a treasury, such as an inscription incised into one of the storage jars which reads “לשר האו…” (To the Minister of the O..). The authors suggest completing the inscription as ‘שר האוצרות’ (Minister of the Treasuries). Together with the sealings, an ivory plaque marked with indentations was found, which was interpreted as some sort of administrative counting device.

In summary, the study has shown that the artifacts revealed in the Temple Mount soil and the Ophel Park constitute concrete evidence for the existence of two central Treasuries in Jerusalem, which managed the economy of the Kingdom of Judah. Visitors today in the Ophel Park (the Jerusalem Archaeological Park) who walk past the elongated building in which restored storage jars are on display are unaware of the significant importance of this structure which served as the Kingdom of Judah’s Royal Treasury.

The Temple Mount Sifting Project is directed by Dr. Gabriel Barkay and Zachi Dvira under the auspices of Bar Ilan University and supported by private donors through the Israel Archaeology Foundation, with the assistance of the American Friends of Beit Orot who operate the Masu’ot Compound in which the sifting takes place.

In the course of the project’s 16 years of activity, the sifting has revealed hundreds of thousands of artifacts, including tens of thousands of special finds, of which only a small percentage have been researched and published to date – due to financial constraints. Even though the project is a national asset and is concerned with recovering, revealing, and researching archaeological artifacts which would otherwise have been lost in the archaeological destruction which occurred on the Temple Mount as a result of the negligence of government authorities, these operations have till now been funded only by private donors, without any government financing. This, despite promises made by senior officials of the past and present governments. 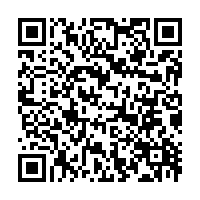