The Kinneret (Sea of Galilee) was less than 5 inches from its maximum capacity on Sunday—its highest level in two decades—but due to restrictions on travel due to the coronavirus pandemic, its beaches remain empty.

Spring is typically a busy time at Israel’s largest freshwater source, with travelers coming from across the country and beyond to enjoy the large lake, rejuvenated by winter rains, and visit the many tourist sites in the area.


The Kinneret today provides some 25 percent of Israel’s drinking water and was once considered endangered due to Israel’s growing water needs, the dryness of the region and concern that the delicate ecological balance of the freshwater sea would be thrown out of balance, leading it to become impotable.

Concerns reached a fever pitch just three years ago when the Kinneret reached its lowest level in a century—212.95 meters (698 feet) below sea level.

That led Israel to create desalination plants along the Mediterranean coast, beginning in 1997. 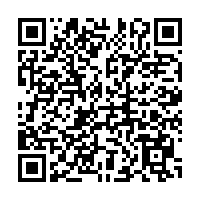