Israeli Foreign Minister Yair Lapid told reporters Monday at a briefing in Slovakia together with Slovak Minister of Foreign & European Affairs Ivan Korčok that Israel will not be a route to bypass sanctions imposed on Russia.

Lapid later met with the President of Slovakia, Zuzana Čaputová, as well.


Israel and Slovakia have had strong ties for many years in routine times, and in this time of war, cooperation has tightened, Israel’s Foreign Ministry noted in a release.

Speaking at the Ministry of Foreign & European Affairs in Bratislava, Lapid said that Israel, “like Slovakia” condemns the Russian invasion of Ukraine, and calls for an end to the fighting.

“Israel will do everything it can to assist mediation efforts, to stop the shooting and restore peace. We are working together with our greatest ally, the United States, and our European friends, to prevent the continuation of this tragedy,” he said.

“Israel and Slovakia are cooperating in getting humanitarian aid into Ukrainian territory,” he added. “So far, Israel has sent over 100 tons of medical equipment, generators, and other goods into Ukraine, and we thank the government of Slovakia for its cooperation.”

Lapid thanked Čaputová during their meeting for her staff’s cooperation with the Israeli Foreign Ministry. He told her about his visit on Sunday to the Siret border crossing and about Israel’s aid efforts for Ukraine as well. 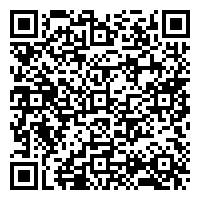