The method of the primaries for the Likud’s Knesset list was drafted by the Likud’s Constitutional Committee last night and is set to be approved by the party’s Central Committee this evening in Ganei HaTa’aruchah in Tel Aviv.

The scheme does not include the reserving of secure spots on the list – spots within the number of seats Likud is certain to win – for candidates chosen by Party Chairman PM Benjamin Netanyahu.

It was rumored that Netanyahu wanted such spots for Defense Minister Ehud Barak and possibly other members of Barak’s Independence faction which broke off from Labor some time ago.

MK Danny Danon spoke out vigorously against the possibility and Netanyahu consistently denied that he had any plans for such a thing, despite a report in Ma’ariv which said Netanyahu sought to create one reserved spot for every ten spots on the list.

Like the Likud’s 2006 Knesset list, the party’s list for the upcoming elections will include spots for immigrant, women, non-Jews and various geographic districts in the bottom of the first thirty-five spots on the list, while the top will be filled by candidates ranked nationally by voters.

The date for the primaries will be November 25th, slightly later than the mid-November – November 22nd dates which had been reported, giving candidates additional time to campaign. That should help the elections become more of a contest instead of a mere ratification of the previous Knesset list.

While the Likud has not formally released the draft primary scheme, according to Ma’ariv, the list will be as follows:  The first spot will go to the party chairman, PM Benjamin Netanyahu, who was reelected to that post in January of this year. (By law the party chairman is the party’s candidate for Prime Minister). Spots 2-21 will be for nationally ranked candidates.

The next 14 spots will be “mashbetzot” – separate races among special districts or demographics in the follow order: The Shphelah (Plain) district; the Dan district;  the Women’s spot; the Druze spot; Galil and Valleys district; the Negev; Jerusalem; another women’s spot; an immigrants spot; Tel Aviv; Haifa; the Coastal Plain;  and the young members spot at number 34.

In addition, Ha’aretz has reported that under the scheme, if there is no immigrant or female candidate ranked at number 20 and 21 or above, then a female or immigrant candidate on the national portion of the list will be moved up to those spots. This is considered a nod to Coalition Chairman MK Ze’ev Elkin who is an immigrant.

Ha’aretz‘s report also differed from Ma’ariv‘s in that it said the women’s spot Ma’ariv had placed at number 24 will actually appear at 29.

It does not appear that there will be any problem in adopting the scheme as Moshe Feiglin, a candidate for the Likud’s list and leader of the anti-establishment Manhigut Yehudit faction  – which is said to comprise thousands of Likud members and hundreds of Central Committee members – urged his supporters in the Central Committee to approve the primaries scheme in a text message sent last night.

The approval of the scheme by which candidates will be elected in primaries, puts to rest, at least for now, another scheme which had been proposed by MK Mickey Eitan to have the Knesset list chosen by a body comprised of several thousand activists and another reported proposal to have the Central Committee once again choose the Knesset list. Those would have required amendments to the Likud’s Constitution. 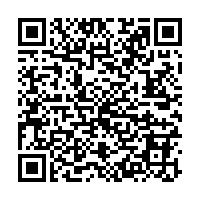