Nawal al-Saadawi, now 80 years old, is a unique figure in Egypt. She is a pioneer feminist and a radical Arab nationalist. Al-Saadawi has lived in the United States but hates America and, of course, Israel. You can imagine that she also loathes the Islamists. So how does someone like al-Saadawi react to the Egyptian elections won by the Islamists?

She brands it an American conspiracy. “Democracy is not elections and America uses religion to divide Egypt,” she said in a recent television interview. You are going to be hearing–or not hearing, if you depend on the Western mass media–a lot more of this kind of thing.


Meanwhile, the Egyptian moderates know they are unpopular but can only blame the local media and the military. Only in private do they acknowledge with despair the overwhelming strength of the Islamists. No doubt many of them will also soon be blaming American policy for their defeats.

How often have I heard Iranian exiles complaining that the United States deliberately didn’t help the shah in order to bring Ayatollah Khomeini to power? The Turkish opposition has been talking this way for years. In Iran, Lebanon, Syria, and probably soon in Egypt, Libya, and Tunisia, people will be saying: Why do we live under Islamist oppressive dictatorships? Answer: The Americans brought them to power.

It’s an irony of history. Why do the Iranians hate us? The left tends to say that this is because the United States backed a coup in 1953 against the democratic regime of Muhammad Mossadegh (a regime that was already collapsing, in which the Communists were getting stronger, and the Islamic clerics supported the coup) and the Shah afterward. Now we are being told that America has been bad to back the dictatorships in Egypt and Tunisia, though the United States opposed the far bloodier dictatorships in Iraq and Syria.

Yet now the Obama Administration is backing new regimes that are also going to be rather nasty (though there’s hope for Tunisia) and is failing to help democratic oppositions. It is pursuing a pro-Muslim Brotherhood policy. One day some future American president may be apologizing for that.

In contrast, the real Middle East isn’t full of revolutionary Islamists who only want an American apology or a boost into power in order to be friends of the United States. It is full of a lot of people, maybe a majority in a number of countries, that would like not to live under radical and repressive dictatorships. It also has a number of governments that want Western help against what they see as their real enemies–Iran and revolutionary Islamists.

There are a hundred anecdotes I could tell but here are some from the last few hours, through personal sources. A Gulf Arab was asked about his country’s strategic priorities. He replied that the Iranian regime, “hates everyone. We need more guns” to defend ourselves from Tehran. A close observer in another Arab country writes me that in contrast to the West, “Everyone inside the region seems to “get it,” regarding the threat from Iran’s government.

Funny how clear actual Middle Easterners are about what’s going on–at least when they are talking to each other–compared to those across the seas whose interpretations are merely wrong-headed, bizarre, and soon proven to be wrong.

On the other side of the battle, the Islamists are very happy. In an interview with a British newspaper, Hamas leader Ismail Haniyeh spoke frankly about his analysis of the situation. What he has to say tells more than all the analysis from all the Western talking heads, journalists, and politicians.

“The Palestinian cause is winning. With the Muslim Brotherhood part of the government [in Egypt], they [the Egyptians] will not besiege Gaza. They will not arrest Palestinians. They will not give cover to Israel to launch a war….Israel is disturbed by this. It knows the strategic environment is changing. Iran is an enemy. Relations are deteriorating with Turkey. With Egypt, they are really cold. Israel is in a security situation they have never been in before.”

I don’t agree with him that Palestinians are “winning” now and are those who gained most from the “Arab Spring.” But there is much truth in what he says. Egypt will now let Hamas do pretty much as it pleases, including smuggling terrorists, money, and weapons across the border into the Gaza Strip or setting up bases in Sinai. The Brotherhood in Egypt will use the country’s resources to help Hamas.

Why would anyone even think of making peace with Israel when they are enthusiastic believers in total victory, the idea that events are on their side for wiping out Israel? Everyone in the Middle East understands these attitudes are triumphing, no matter which side they are on. Few in positions of power in Europe or America do. 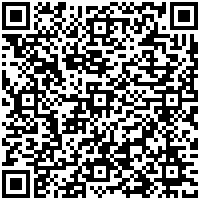