(JNS) A report earlier this month in The Wall Street Journal that cites American officials as saying U.S. Secretary of Defense Mark Esper is leading a push to withdraw American troops from an international observer force in Sinai continues to spark debate.

According to Shaul Shay, former deputy head of Israel’s National Security Council, this isn’t the first time that the United States has contemplated withdrawing from the MFO. “It has previously been on the agenda, and each time, it dropped off,” said Shay, a senior research fellow at the International Institute for Counter-Terrorism at the Interdisciplinary Center Herzliya.


The Multinational Force and Observers (MFO) was established in 1981 following the phased Israeli withdrawal from Sinai. Its mission is to supervise the implementation of the historic Israeli-Egyptian peace treaty. Thirteen countries contribute military forces to it, with the U.S. military providing the single largest contingent of 452 soldiers. One of the three MFO border observation battalions is American.

Egyptian-Israeli relations are at their best level since the peace treaty was signed, following the 2013 rise to power of Egyptian President Abdul Fattah el-Sisi, Shay told JNS. These ties are mostly based on common security interests, but also involve Israeli exports of gas to Egypt, and Egypt’s positive, restraining influence on the Gaza Strip.

Nevertheless, said Shaul, there are good reasons to maintain the American presence in Sinai.

“We have to take into account the likelihood that when the Americans leave, the MFO will probably lose its significance. The MFO’s directors-general (currently U.S. Ambassador Robert S. Beecroft) have been Americans, and the U.S. soldiers form a key battalion for border observation. If they leave, the other contingents will be far less significant, especially in light of the importance of the U.S. as a superpower,” argued Shaul.

The MFO’s presence is still important, he said, as part of Egypt’s ongoing war against terrorism in the Sinai Peninsula. Israel and Egypt have a common interest in Egyptian success in eliminating ISIS from the area, and to enable Egypt to accomplish this, Israel has consistently allowed Egypt to move military forces into Sinai’s B and C zones, breaching the original peace treaty protocol, explained Shaul. The quantities of the forces are also in technical violation of the treaty.

“Area C is only allowed to have policing forces. Area B is a central zone in Sinai that can only have four battalions of border guards. Israel has allowed Egypt to move infantry, armored corps and engineering units to combat terrorism. Egypt has also overridden the treaty protocols by its use of combat aircraft,” he said.

‘Could influence other countries that contribute’

While Israel has given Cairo its blessing for all of this activity, Shay said it’s important to recall the fact that in the past decade, a Muslim Brotherhood government briefly ruled Egypt. “The multinational force, and mainly the American force, is an insurance policy for when Israel gives allowances to Egypt—in case something goes wrong,” noted Shay.

Under current conditions, this has little significance, but should a change take place in conditions, an American presence in the area, even a symbolic one, would contribute to stability. “Hence, I would not give up on it,” said Shay. “In addition, this demonstrates American commitment to the peace treaty,” which is a factor important for both Egypt and Israel, he added.

Finally, the disbanding of the MFO could have a knock-on effect on other international peacekeepers in the area, such as UNIFIL in southern Lebanon and UNDOF in southern Syria—forces that Israel views ultimately as positive elements in promoting stability.

“Certainly, if the MFO is disbanded, that could influence other countries that contribute peacekeeping and observation forces,” said Shay.

In a statement released in recent days, the Conference of Presidents of Major American Jewish Organizations warned against the move, saying, “We strongly caution against the United States withdrawing from or diminishing its participation in the Multinational Force and Observers international peacekeeping force in Egypt’s Sinai Peninsula. The absence of American leadership in the MFO, which was established in order to oversee the terms of the Israeli-Egyptian peace agreement in 1979, would be detrimental to its ability to carry out its mission, particularly given the rising activity of ISIS in the Sinai.”

The statement called for “sustaining a strong U.S. role in the MFO, as it is a critical component of maintaining regional security and protecting the interests of the United States and its allies.” 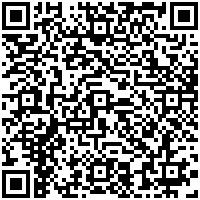