On June 21, two ailing Ukrainian Jewish refugees began the final leg of their journey to their new home in Israel, supported by a collaborative operation run by the American Jewish Joint Distribution Committee (JDC), The Jewish Agency, and United Hatzalah. The two refugees, each suffering from a severe medical condition, were brought to Israel to receive medical care.

The JDC brought the refugees out of Ukraine and The Jewish Agency arranged for housing for them in Warsaw, Poland, while they waited for their flight. United Hatzalah volunteers Khaled Hardan, a Muslim paramedic from Wadi Ara, near Hadera, and Russian-speaking EMT Vicki Tiferet from Moshav Yuval, went to Warsaw to make sure the two patients were in stable enough condition to fly and then accompanied them on the trip, providing them with continuous medical care. The plane landed early in the morning June 22.


When the two refugees arrived in Israel, along with more than a hundred other refugees on Jewish Agency flight, they were met by United Hatzalah ambulance teams who took them directly from the airport to medical facilities in Israel so they would continue their treatments and receive the proper care they required.

One of the refugees, a woman named Donia, is a Holocaust survivor. Donia was born in 1935 and watched as her mother and sister were murdered by the Nazis in 1942. She survived the Second World War and moved to Ukraine where she eventually married and lived in Odesa. Her daughter and granddaughter live in Israel and she has a grandson who lives in Ukraine but managed to exit the country to accompany her to the airport in Warsaw.

The other refugee, a man named Gutnikov, arrived in Poland a month ago with his wife and three children from Mariupol. He had no previous medical complications, but while they were staying in a hotel in Poland before the flight, he suffered a medical complication that left him immobilized and in need of continuing medical care.

“Members of the Jewish Agency were worried that he wouldn’t be able to fly due to his recent medical complication,” Vicki recalled. “He required monitoring to make sure that his situation didn’t deteriorate any further, and as soon as he landed we had an ambulance waiting to take him to the hospital for immediate care. This family had waited a long time to immigrate to Israel, they suffered through bombings and watched the destruction of their city. We merited to help them come home thanks to the partnership with the JDC and the Jewish Agency.”

Khaled added: “This was a blessing for me, to be able to go and help these people come to a safe place having fled the war in Ukraine. I am happy that I was part of the team that brought them to Israel. I was blessed to be able to stand by this family and this woman and provide them with medical care during their journey.” 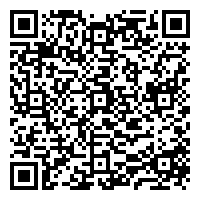