The first Israeli airplane passed over the skies of Sudan, and Israel is developing ties with a long list of Arab and Muslims countries, Prime Minister Benjamin Netanyahu shared with the Conference of Presidents of Major American Jewish Organizations.

“I’ve been developing contacts with the Arab countries and Muslim countries, and I can tell you there’s scarcely one, two, three Muslim or Arab countries around the world that we don’t have deepened ties with,” Netanyahu told the Jewish leaders on Sunday evening in Jerusalem.

“Sometimes it comes out in the open. A year ago, Sara and I were on a very moving visit, an open visit to Oman, and two weeks ago, we had a very moving visit with the president of Sudan. That’s an Arab, or rather a Muslim country, speaking Arabic, that hosted the [1967] Khartoum Conference. And in Khartoum they have all the noes against Israel. Remember the noes? No recognition, no Israel basically. And now, we’re discussing rapid normalization,” he stated.

Netanyahu met at the beginning of the month in Uganda with Chairman of the Sovereignty Council of Sudan Lieutenant General Abdel Fattah al Burhan, a significant manifestation of the developing normalization between Israel and Arab and Muslim countries.

“The first Israeli airplane passed yesterday over the skies of Sudan. This is quite a change. The Israeli mochileros, the backpackers, fly to South America and start hiking. We just got down about three hours of their flight time. They don’t have to go to Spain and then around Africa. They can now fly directly over Sudan right to Brazil, Argentina, and they can stop on the way in another country, Chad, which also resumed relations with us recently,” he added.

Israel and Chad renewed their diplomatic ties in November 2018, 46 years after they were cut off, as Chad’s President Idriss Deby met with Netanyahu in Jerusalem.

He explained that “vast changes are coming because Israel is now a power to contend with, and because collaboration with Israel helps you prepare, secure the future of your people and ensure a better future for your people. Securing the future, the safety of their people is obviously something on everyone’s mind, and the greatest threat to the security of the countries of the Middle East and countries in the world, is the attempt by Iran to arm itself with nuclear weapons.”

Israel’s ties with several Arab countries have significantly advanced in recent years, openly and covertly, as shared strategic interests, and primarily confronting Iran’s advent in the region, have brought both sides to the same table.

In October, Foreign Minister Yisrael Katz revealed that Israel is in the process of working on a non-aggression pact with several Arab states in the Middle East to face the common threat emanating from Iran.

As for Iran, Netanyahu vowed that “Israel will never let Iran acquire nuclear weapons. Second, we do not let Iran entrench itself militarily right in our backyard, in Syria. We resist that mightily. We take every action that is necessary to prevent that. And I believe we’re succeeding. We have taken up arms against a foe that openly calls for Israel’s liquidation. Obviously, we’re not going to wait.”

Israel reportedly last attacked Iranian targets in Syria on Saturday, during which weapons caches were hit and at least seven Syrian and Iranian troops were killed. 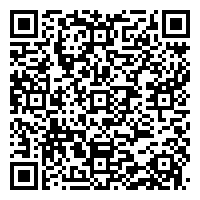