A top Obama campaign spokesperson said that President Obama would visit Israel in his second term in a conference call with reporters on Monday.

“We can expect him to visit Israel in a second term, should he be reelected,” Colin Kahl, former deputy assistant secretary of defense for the Middle East and current campaign spokesman on the region.

The statement comes in advance of Republican Presidential hopeful Mitt Romney’s trip to Israel on July 28. Romney is scheduled to meet with Prime Minister Benjamin Netanyahu, President Shimon Peres, U.S. Ambassador Daniel Shapiro, and Palestinian Authority Prime Minister Salam Fayyad. Before visiting Israel, Romney will fly to London to meet with British Prime Minister David Cameron and take in a few events at the 2012 Olympic Games. He will end his trip in Poland, where he is expected to deliver a major speech. The trip will be Romney’s fourth visit to Israel.

Kahl said that Romney has so far provided little in the way of substantive foreign policy positions, and that the trip is his opportunity to offer more than just criticism of Obama.

When pressed by reporters on Obama’s perceived disfavor towards Israel – which appeared to manifest most notably in his failure to visit Israel in his first term despite coming to the region to visit Saudi Arabia and Egypt – Kahl said that “[b]eing a friend of Israel shouldn’t be judged by a travel itinerary…I don’t think this is a serious policy difference; it’s basically a distraction.” He also noted that Obama visited Israel as a Presidential candidate in 2008 and asserted that a number of other presidents did not visit Israel in their first terms.

“Why didn’t he visit in his first term?” demanded Herb London, senior fellow of the Manhattan Institute and president emeritus of the Hudson Institute. “It is obviously transparent that [Obama] needs the political and financial support of the Jewish community for his current campaign effort.” London, a registered Republican, continued, “by throwing this bone to Jews he thinks it will convince them he cares about the Jewish State.”

Jeffrey S. Wiesenfeld, a conservative Republican who worked for New York Republican Governor George Pataki and in the Democratic administration of New York City Mayor Ed Koch, responded more sanguinely to the news: “The Jewish community, as well as the government of Israel, is doubtless pleased when all private citizens, including former presidents, visit Israel.”

In reality, there is little reason for Obama to fear blow-back over his failure to visit Israel, because a candidate’s stance on Israel is no longer the barometer for support in the Jewish community that it once was. A recent AJC poll that asked American Jews what the most important issues in deciding their vote were found that 80 percent cited the economy, 57 percent said health care, 26 percent national security and 22 percent cited U.S.-Israel relations.

Furthermore, despite recent polls suggesting a 10-15 point drop from the 78 percent of the Jewish vote Obama received in the 2008 Presidential election, he still retains the overwhelming support of less observant and more liberal American Jews; the same AJC poll found that 67 percent of those who never attend religious services would vote for Obama. Since religiously observant, conservative Jews account for only 10 percent of American Jewry, Obama is a virtual lock to receive a strong majority of the Jewish vote again.

It is therefore understandable that on the same day that Obama was communicating the purported schedule of his second term, his chief of staff Jacob Lew met with leaders of the Reform and Reconstructionist movements – Obama’s most liberal and loyal voting base among Jews.

A statement issued by the Reform movement leaders in attendance said in part: “Much of the discussion addressed the Movement’s concerns about protecting the civil rights of women and minorities and economic plight of the poor and vulnerable.” Also discussed in the meeting were health care, immigration law, and gay rights.

Lori Lowenthal Marcus and JTA contributed to this report. 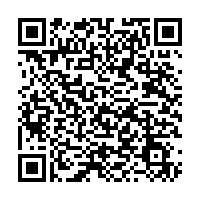