Sixteen Israeli children were left fatherless Thursday evening and more are praying for the survival and recovery of their own fathers following a deadly terrorist attack in the central Israeli city of Elad.

According to reports by Israel’s Channel N12 News, Walla! News and other Hebrew-language media, the two terrorists knew their first victim — Oren Ben Yiftach, a 37-year-old resident of Lod — he had driven them to Elad at least ten times before for work, not knowing they were illegally in Israel.

As’sad al-Rafai, 19 and Subhi Emad Subhi Abu Shqeir, 20, had called Ben Yiftach, a husband and father of six, on Thursday and asked him to drive them to Elad, where they said they were working on the renovation of a synagogue in the city.

When they got to Elad, the two terrorists, both from the Rumana section of Jenin, in Samaria, stabbed Ben Yiftach to death while still in his vehicle.

Armed with hatchets, knives and a gun, the two terrorists then left the vehicle and attacked 40-year-old Yonatan Habakuk and 40-year-old Boaz Gol, each a husband and father of five children, killing both.

They continued their campaign of terror in a nearby park, where families were still celebrating Israel’s 74th Independence Day and where they encountered a security guard who opened fire but missed the mark. The guard was seriously wounded by the pair, who then attacked others before fleeing.

One person was critically injured, another was seriously wounded and a third sustained moderate wounds. A fourth was reported with minor injuries, and several other people were hospitalized in shock.

Security personnel are using helicopters, drones, canine units and police vehicles in Elad and nearby Rosh Ha’Ayin, and their surrounds in the search for the escaped terrorists.

“Even as I write this, a helicopter is flying over and around Elad,” a local resident who requested anonymity told JewishPress.com on Saturday night.

“A police car, a Border Guard Police vehicle and a larger police vehicle, along with an unmarked white vehicle without windows all passed by our window, and then a large ambulance passed by too. None were using sirens.”

The defense establishment is currently operating under the assumption that the two terrorists did not make it back through the fence to the Palestinian Authority, but rather are still in pre-1967 Israel, and could carry out another attack.

Israelis who own licensed weapons are being told by police to carry their guns at all times.

Defense Minister Benny Gantz and IDF Chief of Staff Lt.-Gen. Aviv Kochavi have held multiple situation assessments. After the latest such meeting, it was decided to extend the closure on crossings with Gaza and the Palestinian Authority that began at the start of Israel’s Memorial Day, until at least Monday (May 9), at which time another situation assessment will be held.

Since the start of Ramadan at the end of March, 18 Israelis have been murdered by Arab terrorists in six lethal attacks, including several carried out by Palestinian Authority Arabs who had managed to infiltrate through the security fence into Israel.

The Jerusalem Post reported this weekend that some 150,000 Palestinian Authority Arabs enter Israel illegally from Judea and Samaria, adding that according to some estimates, 30,000 more cross daily through holes in the security fence.

Israel Police have announced an operation to arrest those who are living illegally in Israel.

In addition, the IDF has beefed up its forces in Judea and Samaria, adding 12 more battalions to bring the current total to 25 battalions for operations in the region, and to deploy soldiers along the security fence. 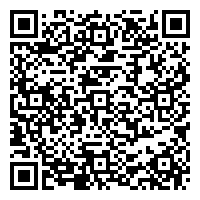