The outgoing chief of Israel’s international intelligence agency, the Mossad, opened a window Thursday night for viewers of Israel’s Channel 12 ‘Uvda’ program through which for the first time the answers to questions about attacks in Iran may have been answered.


Mossad ex-chief Yossi Cohen told ‘Uvda” journalist Ilana Dayan that Iranian scientists remain a clear target for Israeli intelligence unless they “change career” in a rare interview that revealed — or at least broadly hinted — the answers to questions about attacks on Iranian nuclear scientists and the country’s military infrastructure.

Cohen talked about Israel’s various efforts to persuade Iranian scientists from working in their nation’s nuclear program, and said, “If the scientist is willing to change career and will not hurt us anymore, then yes sometimes we offer them ‘a way out’.” He added after Dayan asked whether the scientists understand the possible consequences if they chose to continue, “They see their friends.” Some scientists did indeed end their connections with Iran’s nuclear program after having received even an indirect warning from Israel.

“We have said that we will not allow you (Iran) to have a nuclear weapon,” Cohen told Dayan. “What is unclear about that?”

The Mossad did not officially claim responsibility for the assassination of the scientist who led Iran’s nuclear program, and who remained its chief scientist. Mohsen Fakhrizadeh was killed in November by a remotely operated machine gun installed on a pickup truck. The truck later self-destructed along with the weapon, denying Iranians the chance to study the method of Fakhrizadeh’s execution.

At the time, Israeli journalist Yossi Melman said in a tweet that the assassination was a “major psychological and professional blow for Iran.”

Although Cohen did not take responsibility for the assassination on camera, Dayan said in her segment that the outgoing Mossad director had “personally signed of on the entire campaign.”

This past year Iran’s primary nuclear facility at Natanz was hit twice – once in July 2020 and once in April 2021.

Last summer an explosion ripped through the advanced centrifuge chamber at Natanz in sabotage Iran later blamed on Israel.

In April of this year another underground uranium enrichment chamber was the center of a massive explosion, which destroyed a high number of the centrifuges that were there.

But it was the Mossad’s carefully planned and executed effort to capture the archive documents from Iran’s military nuclear program that caught the world’s attention. Cohen confirmed that the Mossad received nearly all the material before it was physically transported out of the country.

Dayan said none of the agents who seized the material were Israeli. In an extremely high-risk operation, 20 agents stole the nuclear program materials from 32 safes in a Tehran warehouse, scanning and transmitting most of the documents to Israel.

“It was important to us that the world will see this,” Cohen said in explaining why Prime Minister Benjamin Netanyahu had decided to go public with the operation and its results. “But [it was important] this thing should also resonate with the Iranian leadership, to tell them: ‘Dear friends – One, you have been infiltrated. Two, we see you. And three, the world of hiding and lies is over,’” Cohen said.

Ultimately, said Cohen, “I am a servant for the sake of Heaven; not a servant of [the prime minister].”

In response to Thursday night’s program and Cohen’s remarks, Shahrokh Nazemi, spokesperson for the Iranian Mission to the United Nations, told The Associated Press on Saturday, “This lawlessness has reached a point when the former official of this regime is shamelessly and blatantly threatening our nuclear scientists with death. This madness must not be tolerated.”

Cohen has been replaced as Mossad director by former operative David Barnea. 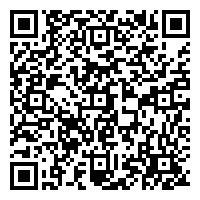