Since 2001, according to a Pew Research Center report (Republicans and Democrats Grow Even Further Apart in Views of Israel, Palestinians) the number of Republicans who sympathize more with Israel than with the Palestinians has increased by 29%, from 50% to 79%, while the number of Democrats preferring Israel has gone down by 11%, from 38% to 27%.

The same respondents have markedly different views on Israeli prime minister Benjamin Netanyahu: 52% of Republicans like him, compared with only 18% of Democrats.


The latest Pew national survey, conducted Jan. 10-15 among 1,503 adults, found that 42% of American voters say President Donald Trump is “striking the right balance” in his Middle East policy, while 30% say he favors Israel too much. Only 3% believe the president sides too much with the Palestinians.

What changed was the partisan divide of the same constant views, as 79% of Republicans (79%) prefer Israel and only 6% like the Palestinians better; 7% sympathize with both or neither, and 9% say they do not know. 27% of Democrats sympathize more with Israel, 25% prefer the Palestinians; 23% say like neither or both equally; and 25% don’t know.

Overall, Americans still support Israel over the Palestinians by wid margins, save for one group: adults ages 18-29, 32% of whom prefer Israel, 23% the Palestinians, and 19% don’t know.

The survey did not question Muslims, but an indication of how they feel about this issue may be found in the responses of the religiously unaffiliated: 26% support Israel, while 29% prefer the Palestinians.

Finally: 46% of Democrats think Trump favors Israel too much, and only 21% say he is striking the right balance. 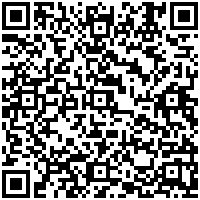