Prime Minister Binyamin Netanyahu welcomed Kadima into his Likud-led government at the first cabinet meeting since Kadima’s entry into the coalition.

“This is the first meeting of the broad unity government, and we have many challenges ahead of us. On behalf of all ministers, I welcome Shaul Mofaz as a government minister and welcome the Kadima MKs that have joined the coalition.” Mofaz was sworn in as deputy prime minister and minister-without-portfolio last week.


“In the talks between us, we set four main goals for the broad unity government,” he continued, “changing the Tal Law, changing the electoral system, passing the budget, and advancing the peace process.”

Netanyahu placed greatest priority on advancing a bill that will replace the expiring Tal Law, which permitted Haredi men to defer military service indefinitely. “This week, an inter-party team will be formed to present us with alternatives to the Tal Law. By the end of July, we will pass a law that will divide the burden on a more equal, more egalitarian and more just basis for all Israelis, Jewish and Arab alike, without setting public against public.”

One topic that Netanyahu did not address in his statement but is certain to test the strength and durability of the new coalition is the Ulpana outpost crisis. In light of the High Court’s ruling last Monday that Ulpana must be evacuated and destroyed by July 1, there is talk that the government will propose a bill that would circumvent the High Court’s ruling by legalizing Ulpana.

Minister of National Infrastructure Uzi Landau stated that proceeding with the scheduled evacuation and demolition would be “immoral, unjust and inhumane.” 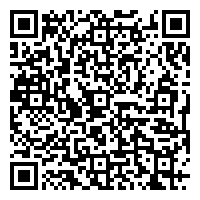