The raids followed a year-long, covert investigation, which focused on a senior Arab criminal who had been flipped, and a policeman from the elite unit that monitored his movements.

Among the detainees is the so-called “Engineer” behind the wave of explosive charges that were detonated in the Jerusalem area, as well as many other Arab and Jewish criminals.

Being a well recognized criminal figure, the flipped agent was able to open doors for the investigation which had been sealed to them for years. He met with and documented dozens of suspects as he was carrying out arms purchase of M16 and AK-47 (Kalashnikov) rifles, handguns, explosives, 10 kg of cocaine and more than a kilogram of heroin.

In all those encounters with the suspects, the flipped agent was escorted by the undercover police detective from an elite police unit, who secured his clandestine operations and shielded him from police encroachment.

On one occasion, the “Engineer” explained to the flipped agent about the power of a charge he had sold them, which was concealed in a cooking pot, and the wireless operating system. He demonstrated to the agent the operating range of the remote control connected to the charge. This was enough to build an evidentiary case against the same “Engineer,” who is being interrogated Monday morning.

Minister of Public Security Amir Ohana (Likud) said in response to the concluded mega-operation that “the message that goes out from here to every criminal and law abuser is the long hand of the police – through overt or covert action – will reach them. I see a special significance in employing the agent within Arab society. We have an obligation to provide security to all the citizens of the state wherever they may be. Israel Police works on behalf of the Arab public as they do for every citizen in the land. The arrests made today are the result of professional work, courageous and strenuous, but it is not the end of the road. We must make sure that all these cases will be handled with an iron fist when it later comes to the judicial system.”

And if you detected in the Minister’s statement a note of warning to the nice judges tasked with hearing the cases of these 60 plus career criminals in courts around the country – you were not wrong. Ohana has been at war with the prosecution as well as the courts since his stint as acting Justice Minister, and there’s no reason to believe he’ll let go, now that he is in the frontlines of law enforcement in Israel.

Acting Police Commissioner Motti Cohen added: “The focus of our efforts will be on rooting out the crime phenomena that affect the personal security of the public in Israel. We recognize the importance of strengthening public confidence within the Arab society in Israel as well.” 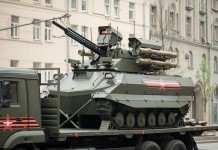 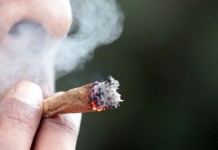 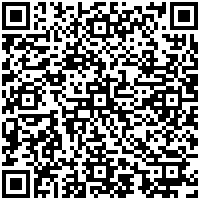