President Reuven Rivlin on Sunday welcomed at his Jerusalem residence representatives and supporters of the Rhodes Trust and Oxford University, together with the first two Israeli academics accepted into the expanded scholarship program, which included Israel. Accompanying the scholars were leading philanthropists Larry and Judy Tanenbaum from Canada, whose generosity made the expansion possible.

President told his guests, “It is my great pleasure to congratulate both scholars for all they have achieved, and the Rhodes Trust for all you have been doing for more than 100 years. Your decision to add Israeli students is very important.”


“Wherever I travel in the world, I see the admiration for Israel for our education system, and our achievements in innovation, and as the Start-Up Nation,” the President continued. “Without natural resources we have had to develop and invest in human resources, and we are very proud of what we have achieved.”

In 2016, the Rhodes Trust announced two new Rhodes Scholarships for Israel, for the first time in the scholarship’s 113 year history. The first two Rhodes Scholars, Maayan Roichman and Nadav Lidor, were elected at the end of 2016, and will start their studies at Oxford, England, in October 2017. The new Israel scholarships were part of a wider geographic expansion through which the total number of annual scholarships increased from 83 to 95, including scholarships for Jordanian, Lebanese, Malaysian, Syrian, Palestinian, UAE, and West African students.

CEO of the Rhodes Trust Charles Conn told the President, “We have long wanted to have scholars from Israel, and we are thankful to all those who have helped us achieve this. Through the support raised we are working so that this will be an annual occurrence.” He noted that he had expected a high volume of scholarship applications from Israeli students, since “there is such a reverence for learning here which we greatly appreciate”.

Having learned that Oxford is the first major foreign university to open an office in Tel Aviv, the President noted that “this is an answer to the BDS. People who want to silence debate must understand that the only way toward a better future is through cooperation and sharing knowledge.”

“Oxford is more than just a university it is an idea,” President Rivlin added. 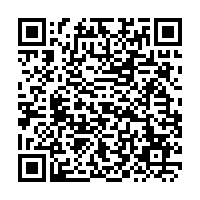