Rabbi Shmuley Boteach tweeted a photo of himself with Steve Bannon, showing Bannon’s very visible office whiteboard in the background.

The whiteboard appears to list Bannon’s agendas, pledges and goals for the new Trump administration, some of them quite ambitious.

A significant part of the list concentrates on the area of immigration.

Of most interest to our readers are the words “Tel Aviv to Jerusalem” – which Rabbi Boteach told the Jpost, referred to moving the American Embassy to Jerusalem.

With @SteveBannon in the White House on #israelindependenceday. Steve is a great, stalwart friend of the Jewish State pic.twitter.com/PFxSCK7blc 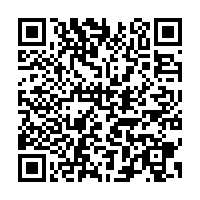