The Rosh Yeshiva of the Hesder Har Etzion yeshiva, Rabbi Yaakov Medan, on Monday called on his students not to serve in the Armored Corps, after the IDF had integrated female cadets in the corps’ officers’ course, and not in a separate company, contrary to an earlier agreement.

Rabbi Medan, and one of the yeshiva rabbis, Rabbi Amichai Gordin, sent a personal letter of apology to their students, saying, “Because of the IDF’s needs, we assembled you on the eve of your enlistment and begged you in the clearest language to respond to the request and enlist in the armored corps rather than the infantry. You, because of your noble souls and your understanding of the IDF’s needs at the time, responded to our request and you all enlisted in the armored corps…


“We can’t express enough our chagrin. Without prior notice, the IDF included female cadets in the officers’ course of the armored corps together with the male cadets, and as a result, the course is now mixed in a way that does not comply with the boundaries of halacha, preventing you from serving there. This prevention is contrary to the agreement with us. Your removal from the officers’ course is to a great extent our fault because we trusted the IDF and recommended that you enlist in the corps as one whole graduating class. We apologize and beg your forgiveness. From this point on, unfortunately, we will recommend to our students to avoid enlisting in the armored corps until this infraction is mended.”

Rabbi Yaakov Medan is considered one of the most moderate among the national religious rabbis and was the author of the 2003 Gavison-Medan Covenant, a proposal for the relationship between religion and state in Israel intended to retain the state’s Jewish character while minimizing religious coercion. Parts of the covenant have been proposed as the Shabbat bill sponsored in 2017 by the Yesh Atid and Kulanu parties.

The IDF spokesman said in response that the two rabbis’ claims are not true: “The armor officer course consists of one company, which contains a separate, male-only platoon. All yeshiva soldiers were offered to move to the male-only platoon if they so wish. The joint service order is maintained throughout the course while meeting the needs of all the soldiers without distinction. The staff of the military rabbinate is in close contact with the commanders in Camp Shizafon (the School for the Armored Corps), to jointly ensure optimal conduct in accordance with the orders.” 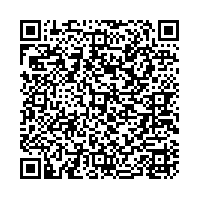