Israeli Transportation Minister Miri Regev gave the green light to the establishment of a commuter ferry line that would reduce highway traffic to and from the center of the country, Channel 12 reported on Monday.

According to the report, Regev was presented with the idea after asking for “out-of-the-box” solutions to the problem of ever-increasing congestion in and around Tel Aviv. The ferry, based on similar systems in New York City, Istanbul and Bangkok, would link Tel Aviv with Netanya and Hadera to its north, and Ashdod to its south.

According to Channel 12, a ferry ride from Netanya to Tel Aviv would take 20 minutes, compared to an average journey of 49 minutes by car, or 29 minutes by train.

Last Wednesday, Metropolitan Mass Transit System (NATA) chairman Rami Blinkov told the Economic Affairs Committee of the Knesset that the Tel Aviv Light Rail will not open before October 2022, one year later than expected, because of the lack of Chinese laborers who are heavily involved in the project. NATA is also building an underground system in Tel Aviv, which is proceeding as planned. 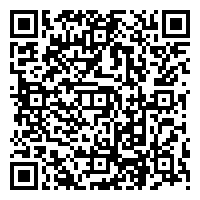