Israel’s Health Ministry will increase the number of worshipers permitted in synagogues ahead of Tisha B’Av, which begins on Wednesday evening, the heads of the ultra-Orthodox political parties announced on Monday. The current limit is 10 worshippers only.

The United Torah Judaism and Shas parties said in a joint statement that the decision was reached following a meeting between party leaders, Health Minister Yuli Edelstein and ministry deputy director general Itamar Grotto, according to Channel 12.


The statement did not specify what the new attendance limit would be, and the ministry has yet to officially announce any change in policy.

Tisha B’Av (the ninth day of the Jewish month of Av) is a day of commemoration of the destruction of the two Jewish Temples.

In the statement, Shas leader Interior Minister Aryeh Deri said, “The Torah community is going through a major crisis at the moment … We must all work to achieve order and especially towards the [Hebrew] month of Elul, the days of mercy and forgiveness.”

Deri also said he had requested assistance to regulate and manage the issue of opening the upcoming school year to include the yeshivot and the kollels.

Construction and Housing Minister Ya’akov Litzman (UTJ) said, “Along with the need for extreme caution to prevent the further spread of the coronavirus, everything must be done to continue the world of Torah, yeshivot and kollels, expanding the possibility of prayer in synagogues on a daily basis and ahead of Tisha B’Av. But it must be adjusted according to the size of the area. We held a special meeting with Health Minister Edelstein on the subject and we hope that the right way will be found for the required solution.” 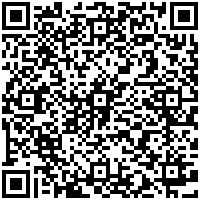