Jordan will terminate revoke the appendices to its peace agreement with Israel relating to the leasing of Naharayim, or Baqoura, in Jordan, which is adjacent to the Israeli border, where the Yarmouk River flows into the Jordan River. The area includes the Island of Peace, over which Israelis were awarded private ownership and other rights under the 1994 peace treaty. Another area where the king wants to delete the appendix is Ghumar, an assortment of agricultural fields in Moshav Tzofar in the Arava desert.

Both areas were transferred temporarily to Israel for a period of 25 years, which is due to end on October 25, at which point the king must decide whether or not to renew the leases – although the actual term “lease” is not mentioned in the peace agreement appendices.


On Friday, a mass demonstration of tens of thousands took place in Amman, under the slogan: “The people want national honor.” The demonstrators demanded that the Jordanian government return the territories in question to Jordanian sovereignty. They also called for canceling the peace treaty with Israel altogether, expel the Israeli ambassador and close down the Israeli embassy.

Naturally, the thousands of demonstrators were drinking fresh water drawn from lake Kinneret and other Israeli water sources—as part of the same 1994 peace treaty. Many of them probably cashed their checks earned by working for one of the numerous Israeli owned manufacturing plants in and around Amman.

The decision to request the revocation was stated in a Sunday tweet by His Majesty King Abdullah.

“Baqoura and Ghumar were at the top of our priorities,” the King tweeted on. “Our decision is to terminate the Baquoura and Ghamar annexes from the (1994 Jordan-Israel) peace treaty out of our keenness to take all decisions that would serve Jordan and Jordanians.”

Jews have held ownership rights in Naharayim since 1926, when a Jewish engineer from Russia, Pinchas Rutenberg, purchased a concession to build an electric plant there. The plant was overtaken by invading Jordanian Legion forces in 1948.

In Moshav Tzofar, the land was purchased legally from Jordan in 1994, and should the king insist on taking it back, the least he must do is pay its full value. Except that in a recent TV interview, former Jotdanian PM Abdul Salam Majali said he was hoping the Israelis would give the land back to Jordan free of charge. 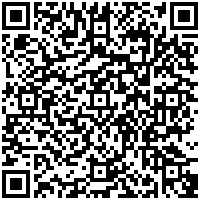