Hebrew University in Jerusalem, and Tel Aviv University professors were exposed this week as hating students who are members of the right-wing NGO Im Tirtzu, and one of them discriminates against those activists.

Dr. Binyamin Trakhtenbrot, a senior lecturer at the Tel Aviv University of Physics and Astronomy, was recorded in a video taken by Im Tirtzu cursing students who demonstrated last Monday in support of Justice minister Yariv Levin’s judicial reform. In the video, Trakhtenbrot is seen threatening the protesters “[Expletive] fascists, you don’t belong in the university.” He then informed the Im Tirtzu activist pointing a smartphone at him that his mother was an entrepreneur, but the kind that works only nights.

Watching the above video, it’s clear the Im Tirtzu activist who shot it has had a long history with Prof. Trakhtenbrot, and was baiting him to the point where the man couldn’t restrain himself. It’s hard to watch, and so completely woke – the right-wing kind of woke. I don’t want Israel’s right-wing to plead its case through such provocations that only help ignite more strife and even violence.

Hebrew University Law Professor Alon Harel on Wednesday hung a no-entry sign on his office door, on which he scribbled the specification, “Im Tirtzu.” The student union called for disciplinary measures against him, and Im Tirtzu activist Evyatar Cohen commented: “People are silenced here and students are treated as if their opinion is illegitimate – it’s shameful. We will not be satisfied with just the removal of the sign.”

Hebrew University announced in response that ”Professor Harel was asked to immediately remove the offensive sign and the sign was removed.”

Following the demonstration at Tel Aviv University, Im Tirtzu appealed to Education Minister Yoav Kisch (Likud), as well as Knesset Education Committee Chairman MK Yosef Taieb (Shas), the university heads, and the Legislative Council, demanding that Trakhtenbrot be sacked. Im Tirtzu National Campus Coordinator Shai Rosengarten stated that “Dr. Benny Trakhtenbrot, a faculty member, a senior academic at the School of Physics and Astronomy, chose to curse, threaten, and conduct himself in a manner befitting a criminal and mobster. He also did not deny his actions. Tel Aviv University is an academic institution that is committed to giving equal treatment to every person, regardless of their political views.”

“The mafioso-like conduct of the threatening lecturer is suitable for dark times and dictatorial states and tarnishes the university with an extremely ugly stain. We hereby demand his immediate dismissal. The man does not deserve to be a lecturer. Mr. Trakhtenbrot would do well to go and look for a criminal organization where his statements and conduct would fit probably a little more.”

Like I said, these activists have had a long history with this professor, and finally got him. good for them. Now, Im Tirtzu is named after Theodor Herzl’s famous promise: “If you want it (Im Tirtzu), it won’t be just a fable.” Here’s a question: did this story make Theodor Herzl happy? 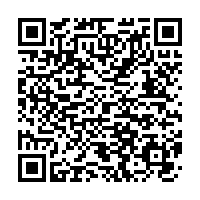