Viktorov spoke to the Valdai Discussion Club, a Moscow-based think tank and discussion forum established in 2004, named after Lake Valdai, outside Veliky Novgorod in northwestern Russia, not far from St. Petersburg and the Finnish border, where the Club’s first meeting took place.

TASS later quoted Viktorov as saying Israel remains an important partner for Russia in the Middle East in the current difficult foreign policy conditions, and Moscow is always open to working with Israeli partners on issues of regional security and stability.

In between those two joyous declarations, the Russian ambassador also commented on a NY Times report that the Pentagon has been hauling weapons and ammunition from its stockpiles in Israel and South Korea to help the Ukrainian military since American weapons manufacturers can’t keep up with demand.

Viktorov said that Moscow is looking into the reports of shipments of American ammunition from Israel to Ukraine, adding that Russia is aware of Israel’s security concerns, and stressed that Russia “expects reciprocity in this regard from our Israeli partners.”

And this is why TASS went full steam ahead to describe Russia’s “partnership” with Israel in glowing terms. Naturally, with Iran being one of Russia’s closest allies, feeding its bottomless need for killer drones, those descriptions of Russia and Israel sitting in a tree better be glowing.

Turns out Viktorov can turn on the brights. He recalled that “by restoring diplomatic relations more than 30 years ago, Russia and Israel opened a new chapter in their joint history.” And so, “over the past decades, ties between our countries have stood the test of time through joint efforts. They have matured, advanced, and acquired a multidimensional and constructive nature. In the current difficult foreign policy conditions, Israel remains, as before, an important partner for Russia in the Middle East.”

For our readers born in the current century, the following reminder is practically mandatory: the Soviet Union expressed absolute support for the Arab side in the period before the 1967 Six-Day War, and after the Israeli victory in the war Moscow severed its relations with Israel, along with the countries of the Eastern Bloc except for Romania. In the following years, relations continued to deteriorate, reaching direct military confrontation between Israeli forces and Russian soldiers and pilots stationed in Egypt during the 1968-70 war of attrition and the 1973 Yom Kippur War.

In the same period, Over the years, the Soviets prevented contact between the State of Israel and the Jews of the Soviet Union. The Kremlin’s position was that antisemitism is inevitable in capitalist countries and therefore the need for a Jewish state is understandable, but since antisemitism is impossible in a communist state, contact between Jews in the Soviet bloc and Israel is fundamentally inappropriate.

But on Thursday, the Russian bear, represented by Ambassador Viktorov, was less into mauling and more into hugging, stressing that “the further strengthening of bilateral ties fully meets the interests of our countries and peoples.”

“We are always open to working with our Israeli partners on issues of regional security and stability, including some aspects related to the activities of other regional players, which are of concern to Israel,” the diplomat stressed.

One thing is clear: Moscow likes Bibi way more than it did Lapid. Viktorov said that Moscow expects Netanyahu’s government to “promote traditional partnership relations with Russia and strengthen stability and security in the Middle East.”

“For our part, as always, we are open to constructive interaction with the current Netanyahu government to further strengthen, consolidate and expand multifaceted mutually beneficial Russian-Israeli cooperation and coordinate efforts to improve the situation in the Middle East region and the international arena as a whole,” Viktorov said.

In February 2022, Hana Levi Julian reported that the Russian military based in Syria was jamming GPS systems in Israeli airspace, endangering the safety of incoming flights landing in Israel (Russia’s Military in Syria is Jamming GPS Systems in Israeli Territory). This is only one of the things the bear can do to Israel by simply turning on a switch. Perhaps Israel would be better served by making nice with Russia, than shipping military aid to Ukraine.

It’s much better to be licked than eaten by a bear, but while he’s licking your face, it’s impossible not to gaze at those enormous fangs. 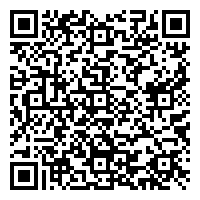