On Sunday morning, a woman fainted while waiting for the bus in Ashdod. She had only been a few days in Israel, after fleeing the war in Ukraine.

United Hatzalah volunteer EMT Avraham Porges was riding his ambucycle on an adjacent street and raced to the nearby location. Arriving at the scene in less than 3 minutes, Avraham saw the elderly woman who was regaining her composure after suffering a panic attack. Avraham assisted in calming and reassuring the woman until she was breathing normally.

The woman had been touring the city of Ashdod with her children and grandchildren. The family had arrived just two days earlier from Ukraine, on one of United Hatzalah’s rescue flights from Moldova.

When the family members saw Avraham and other United Hatzalah volunteers arriving with him to provide medical treatment, they burst out in joy at the sight of the orange uniforms.

“They were so glad to see us since our team in Moldova had helped them cross the border from Ukraine into Moldova, cared for them there, gave them hot food and housed them, and then flew them to Israel as part of Operation Orange Wings,” said Avraham. “They told me that when they saw my orange jacket, they knew they were in good hands.”

Avraham added: “I am honored to be a part of United Hatzalah. The dozens of volunteers who went on the sacred mission to Ukraine honored us and the entire country of Israel. This morning we met the refugees in Israel and now I fully understand the importance of our delegation to the Ukrainian borders.” 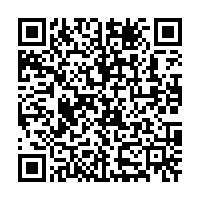