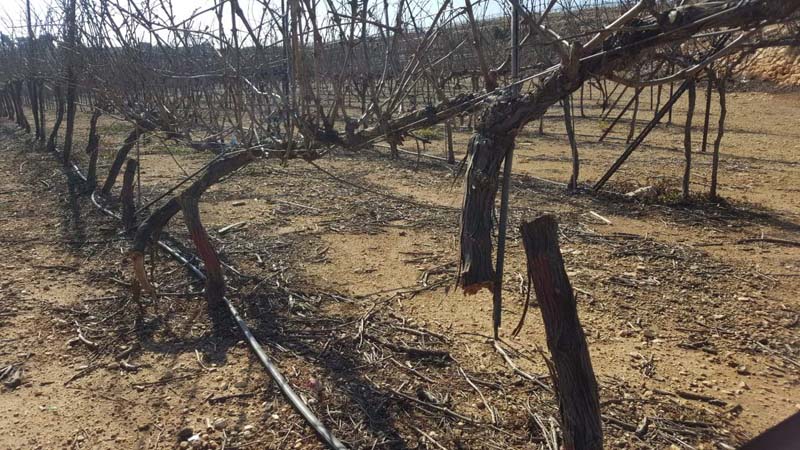 Arabs are suspected of causing heavy damage to vineyards belonging to Kfar Etzion in the Judaean Hills, between Jerusalem and Hebron, on Shabbat. Kibbutz residents arriving Sunday morning at the vineyards discovered dozens of vines had been cut down, apparently by Arabs from the nearby village of Beit Umar.

The residents alerted police, who arrived at the scene, collected evidence of the damage, and launched an investigation.


This is not the first time nearby Arabs have hit the farmers of Kfar Etzion. Over the past year, a number of such events took place, in some of which the offending Arabs sprayed swastikas on the rocks in a cherry orchard belonging to the same kibbutz.

Last summer, during cherry season, local Arabs conducted several attacks on the kibbutz orchards, walking away with an enormous amount of fruits. It is estimated that the Arabs have stolen about 25% of the summer cherry harvest.

Yaron Rosenthal, a resident of Kfar Etzion and the head of the Kfar Etzion Field School, wrote on his Facebook page after that incident: “In my opinion, this should not be just a matter for Kfar Etzion. The institutions (army, police, regional council, etc.) should decide not to allow this to happen and to allocate resources to it,” Rosental said, noting: “Agriculture is not only a source of livelihood, it is mainly our connection to the land.”