Less than 20 kilometers south of Jerusalem in the Gush Etzion bloc, the community of Efrat and its 13,000 inhabitants made headlines this week as having one of the highest levels of coronavirus-infected residents percentage-wise in the country.

According to Efrat Mayor Oded Revivi in a conversation with JNS, at least 49 residents are coping with COVID-19 (as of Monday March 30), with all of them considered to be in “light” condition.


Some 47 of those infected are being isolated and treated at home with only two residents spending some time in the hospital. Both are currently in one of the two “corona hotels” set up by the government as locations for patients to recover while not being sick enough to justify them taking up a precious hospital bed.

Revivi says “we now know that the first group of people were infected by one person during the Purim Megillah reading” on March 10 in the Tamar neighborhood. “The next day, 17 people had Purim seudah [a festive meal] with that same person. Then on the following Shabbat, that group split up into different minyanim,” public prayer quorums of 10 Jewish men.

In stark terms, he says “they were efficient as possible in spreading the virus without even knowing it.”

Revivi says “we now know that the first group of people were infected by one person during the Purim Megillah reading” on March 10 in the Tamar neighborhood. “The next day, 17 people had Purim seudah [a festive meal] with that same person. Then on the following Shabbat, that group split up into different  minyanim,” public prayer quorums of 10 Jewish men.

While Revivi remains adamant that nothing was done intentionally, “this is where we are.”

‘We decided as a family to quarantine’

As a result of the breakout, those who were in contact with infected neighbors were put into mandatory quarantine. In addition, one of the fifth-grade teachers in a local elementary school tested positive, forcing many young children to be quarantined as well.

Dvir Weinberg, who lives with his wife and six children in the Dagan neighborhood next to the Tamar, says when he was notified that his daughter’s teacher tested positive two days after Purim, instead of isolating her in a single room at home, the entire family decided to self-quarantine. Many other Efrat families have taken similar measures.

Weinberg told JNS that “when we told our daughter that her teacher had the virus and she had to quarantine, she broke down. It was traumatizing to hear. It was too much. So we decided as a family as a whole to quarantine.” The Weinbergs stayed inside for the next 12 days.

Going through the experience—and now at this juncture with most Israelis quarantined in one form or another, and unable to leave their homes except for essential needs—Weinberg says his message is that “it’s hard to stay in your house, whether this is going to be for one month or two. But the virus will suffocate itself and have nowhere to go if we continue social distancing, which is the safest way.”

He appreciates the Efrat Municipality for keeping in touch with residents and constantly updating them on the situation.

Rachel Abelow, who lives with her husband and four children in Efrat’s Zayit neighborhood, also decided to quarantine the entire family after one of her sons had possible exposure to the virus. An educator herself who ran after-school programs for children, Abelow tells JNS that her focus these days is on “homeschooling and ‘mom’ stuff.”

“We’re lucky to be together as a family,” she says. “Every day feels a bit like Shabbat, in more of a rest mode where you don’t have to rush in the mornings.”

While acknowledging that the number of COVID-19 cases in Efrat is “frightening,” she is striving to view it all “in terms of the whole world. It doesn’t make me more worried [being in Efrat.] There are ups and down; times when we are more nervous and more calm. I am focusing on taking care of my family, on davening, and I’m happy to just stay home.”

‘Reacting to situations as they occur’

Revivi insists that despite Efrat’s publicized high percentage rate of those infected, the figures were confusing and didn’t tell the full story of what was going on.

He explains that “within the first day or two, we understood the bureaucracy involved in getting people tested for corona through the Ministry of Health. Magen David Adom [Israel’s official emergency-response organization] would have to report to the ministry that someone wasn’t feeling well and get permission in order to come to someone’s home to carry out a test. They then have to get the test kit, do the test and bring it to the lab.”

So Ravivi decided to avoid the delays caused by the process. Instead, the community trained 10 local MDA volunteers on how to carry out the testing procedure.

“Within no time, we were able to carry out as many tests as all of Jerusalem, even though their population is 100 times bigger, “he relates. “So that put Efrat at the top of the charts because it let us know about those who were sick, while at the same time allowing us to put those in quarantine as quickly as possible.”

He says the community also quickly gathered volunteers to map out the routes of those infected in order to get those who needed to be quarantined into isolation as quickly as possible, even before they were ordered to by the Ministry of Health.

“Those two initiatives”—training local MDA volunteering and quickly mapping routes—“were copied in other places in the country,” he adds.

Shmil Atlas, director of the nonprofit Efrat Foundation, which is aimed at assisting and enhancing the lives of the residents of Efrat beyond the scope of municipal budgets.

While his donors are usually philanthropists from abroad, as a result of the pandemic he says that Efrat’s residents have been the ones stepping up to donate in order to help their neighbors and community.

Two weeks ago, Atlas assisted in raising funds for protective masks, gloves and other essential equipment for first responders, while now he is working with the social-services department in the community to hand out specialized kits for residents.

“For families who are in quarantine with little children, we have been handing out kids’ activities booklets, Play-Doh, markers and more,” he says. “For seniors, it’s crossword puzzles, elastic bands for exercise, etc.”

Atlas says, “I see myself as a tool for people who run the municipality to achieve their goals. During the year, we usually initiate fundraising projects, but now we are reacting to the different needs and situations as they occur.”

He says he is optimistic about the situation when he sees “people helping each other out and the bonds being formed between neighbors.”

“These are extremely challenging times—something we haven’t gone through in the past. This is the first time at the seder I’ll understand what it means to be hit with a plague,” Revivi says of the upcoming Passover holiday. “Human nature is being tested to change the way we have been doing things for years. This is a time of reflection on how we will emerge the day after [corona], and I hope we’ll learn some lessons and improve for the future.” 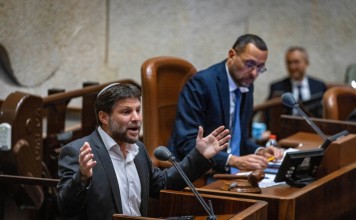 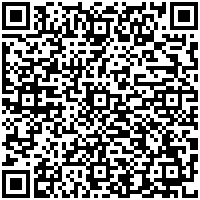