Our friend Ezri Tubi (a.k.a. Ezri ToBe) of Boomerang Fighting for Israel fame told me on Thursday that he’s taken a break from his weekly political reporting and devotes his time to teaching folks how to use their smartphones to shoot, edit, and post their own videos efficiently and professionally.

He then shared with me his newfound love for Drone photography and has been devoting many hours to shooting breathtaking videos from the sky of his hometown of Yitzhar in Samaria. He says he needs to maintain a distance of up to 2 kilometers from his drone to maintain control.


I right away suggested a video that follows the Israel Train from Tel Aviv to Jerusalem and Ezri said it could be done if someone were to drive him alongside the train. Sounds complicated. Maybe start with a train that runs through less dense car traffic.

In any event, I really wanted to share with you this gorgeous clip Ezri shot Thursday morning in Yitzhar – the town with the highest number of anonymous kidney donations (The Ultimate Givers of Yitzhar). Ezri joked that two-kidney individuals tread gingerly in the streets of Yitzhar…

Anyway, the video is so beautiful. 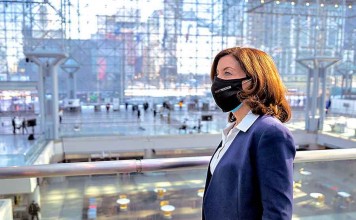