The Commander-in-Chief of the Central Judea Command Yehuda Fuchs has cut down the number of Judea and Samaria residents who are permitted to carry personal weapons, Hakol Hayehudi reported Thursday.

The excuse for the decision that was provided by the IDF was an incident a week ago, when an Arab worker who was alone in a home in Neve Daniel in Gush Etzion about a week ago, stole an M16 rifle that was stashed there. So, clearly, if the Jews of Judea and Samaria are allowed to carry weapons, those weapons will inevitably end up in Arab hands.


It was initially reported that the Arab had stolen the weapon for criminal purposes, but the IDF command later stated that he had turned off his cellphone and was planning to carry out an attack, but was apprehended a few days later. A document submitted to security coordinators in the settlements stated: “In light of these incidents, an immediate command was issued to reduce the number of firearms holders in the settlements who are not members of the security squad.”

You noticed how they turned one Arab thief into “incidents?” Of course, you did.

So, instead of preventing Arabs from entering the settlements or tightening the supervision of the Arab workers––who in many settlements roam unsupervised, the IDF decided that the solution is to collect the weapons from the residents.

Doesn’t compute? There’s more: in three weeks, Muslims everywhere will be celebrating their holy month of Ramadan, a time when a year ago they carried out raging pogroms against their Jewish neighbors inside and outside the “green line.” So, yes, makes great sense to leave as many Jews as possible defenseless in the face of raging zealots.

Some of the Jewish residents who were required to turn in their weapons are reservist battalion commanders and their deputies. No need to let folks who know how to put up an organized defense against barbarian murderers be armed.

See you at the next pogrom. Dress warm and don’t be late, there are only so many bloodthirsty Muslims to go around and they might tire out quickly on account of the Ramadan fast. 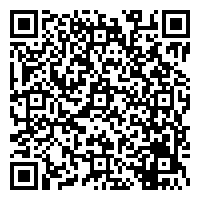