(JNS) Israeli Prime Minister Benjamin Netanyahu hinted to reporters on Monday that he would not be renewing the mandate for the ‎international observer mission in Hebron, which in recent months has come under fire due to allegations that its members systematically and violently target the Jewish ‎community in the city. ‎


The Temporary International Presence in Hebron (TIPH) is a civilian observer mission formed ‎in the wake of the 1994 Cave of the Patriarchs ‎massacre, in which Dr. Baruch Goldstein ‎killed 29 Muslim worshipers and wounded 125 others ‎as they gathered for prayers in the ‎holy site. ‎

The TIPH mission, which comprises personnel from ‎Italy, Norway, ‎Sweden, Switzerland and Turkey, was ‎originally formed under a joint invitation from the Israeli ‎government and the Palestinian Authority, with the aim ‎of monitoring and recording any violations of ‎international humanitarian law in the city.

The organization received its current mandate as part of a 1997 agreement stipulating that its mandate must be renewed every three months—hence its “temporary” status. For 20 years, Israel has regularly renewed the organization’s mandate to operate in Hebron.

“I have to be proactive in order to renew the mandate,” the prime minister said upon returning to Israel from a historic trip to Chad. “I’m usually a proactive person, but I can’t promise to be proactive on this issue.”

In December, Israeli officials said that TIPH has been overstepping its mandate by providing tours for foreign diplomats in the city. The tours, they say, present visitors with a narrative biased against Israel.

Israel Defense Forces’ officials have also expressed concern on multiple occasions that TIPH was privy to classified Israeli operations in Hebron and that their presence occasionally interfered with the IDF activity.

These latest revelations come amid ongoing calls to end TIPH’s mission due to its perceived anti-Israel bias. Justice Minister Ayelet Shaked said recently that “it is unclear why we even need such a force that is not neutral.”

In November, Deputy Foreign ‎Minister Tzipi Hotovely ‎said that according to a preliminary review, the mission has outlived its usefulness.

“The presence of the TIPH force in Hebron causes ‎significant harm to IDF soldiers and the residents ‎of the Jewish community in Hebron, and is ‎inconsistent with Israeli interests,” Hotovely ‎wrote ‎in a letter to Netanyahu.‎

“The mission has become a hostile presence on the ‎ground and it now sees itself solely as a critic of ‎the IDF, while blatantly ignoring Palestinian ‎terrorist activity in the area,” she said. 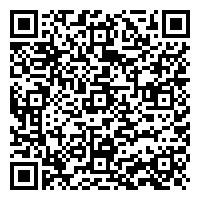