Leaders from Judea and Samaria gathered in Jerusalem on Sunday and called on Prime Minister Benjamin Netanyahu to move forward with the declaration of sovereignty over parts of Judea and Samaria, as stipulated by President Trump’s Deal of the Century peace plan.

According to the US-formulated Deal of the Century as subsequent clarifications and caveats by members of the US administration, Israel can declare sovereignty over parts of Judea and Samaria from the beginning of July.


The Deal of the Century, officially titled “Vision for Peace, Prosperity, and a Brighter Future,” calls for the Israeli annexation of some 30% of the territory in Judea and Samaria already under its control, with the remaining 70% to potentially become a Palestinian state.

Various reports have emerged recently on Netanyahu’s intention to declare sovereignty in stages, or on only a small segment of the allocated territory.

In a statement to the media, David Elhiyani, head of the umbrella Yesha Council, said that Israel is “in one of the most critical weeks for the settlement. This week, the decision to apply sovereignty will probably be made. We say to the prime minister: stand behind your commitment to apply sovereignty this week.”

The leaders also rejected the notion of a building freeze in parts of Judea and Samaria or the establishment of a Palestinian state, which is also called for by the Deal of the Century.

“We will make sure, with all that is at our disposal, that no Palestinian state will be established,” he declared.

He called on Netanyahu to “take leadership, show courage in the face of all those who try to say otherwise, despite all the excuses that sovereignty might offend Jordan, maybe harm security and maybe anger the international community.”

Gush Etzion Regional Council Head Shlomo Ne’eman stated that “the movement to settle in Judea and Samaria is the true lifeline of Zionism. It is the lifeline of the State of Israel. There isn’t and will never be a ‘peace plan’ which will succeed if it hurts the communities of Judea and Samaria – one that calls for an Arab state between the Jordan River and the sea.”

He will support any move to that “will result in sovereignty in our native land – Judea and Samaria. But we are saying in a clear voice – don’t think about damaging our communities!  This will only result in a plan which will lead to a Palestinian State,” he cautioned.

According to various maps of the proposed Deal of the Century, several Israeli communities would be at risk of being isolated and surrounded by Arab territory or cut off from main Israeli cities and roads, which would lead to their subsequent demise. While Netanyahu had vowed no uproot Israelis from their homes, such a reality would drive them out of their communities.

“Do not damage our communities – their development and ability to access them.  We will not allow this to happen. We will utilize all of our strength for the application of sovereignty – but it must be done in the right way,” he said.

Simultaneously, the Regavim movement launched a campaign pushing Netanyahu toward action, with an emphasis on his “legacy.”

“Netanyahu, the legacy moment is upon us. The weeks ahead will determine how your name will go down in the annals of Israeli history. If you choose the path of sovereignty over Judea and Samaria – meaningful, real sovereignty and not merely lip-service to the just and historic rights of the Jewish People in our homeland – you will go down in the annals of history as a national hero, a leader of vision and courage. But if you lay the foundations for a Palestinian state in Israel’s heartland, your name will go down in ignominy, and your legacy will be one of appeasement and shame,” Regavim stated in a public all for action.

“It’s in your hands; the next few weeks will shape our collective memory for generations to come. What will it be – Yoni Netanyahu or Dan Halutz? Ben-Gurion or Arik Sharon? Churchill or Chamberlain? The pages of history await your next move,” the organization added. 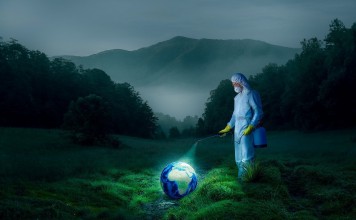 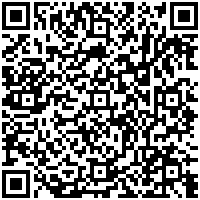