Cities are visited and lived in because one wants to do business there, eat there, tour there, study there or celebrate there.

There is one city, however, that, while it offers all of the above, recognizes that it is unique to history because people simply want to be there; that for centuries visitors and residents have reveled in the pure joy of being there and nowhere else; to simply walk its streets and absorb the intangible, whether it be its spirit, its pain, its glory, and, most of all, its holiness, the amorphous, indescribable connection to heaven and G-d.


That city is Jerusalem, deemed by our sages to be two cities: one planted forever on earth to serve as the world’s spiritual center, inextricably bound to a second Jerusalem, one on-high where departed souls and celestial beings reflect the purity and sanctity of that second Jerusalem onto the one below. Indeed, one can argue that it is that continuum, that eternal flow that accounts for the inexplicable satisfaction of just being in Jerusalem and our survival as a nation.

Over the years, during my many visits to Yerushalayim, I have come to realize that the inarticulable but genuine euphoria felt by one’s physical presence in Jerusalem finds expression in the universal greeting of “Shabbat Shalom” and the smile that inevitably accompanies it.

Somehow, wishing another the blessing of Sabbath peace from on-high, while offering the very real human gifts of joy and friendship as reflected in a smile, combines the essence of Jerusalem, and what makes it so special. “Shabbat Shalom and a smile” are a statement and a gesture enhanced, enriched and made holy because of where spoken and made, a statement and a gesture that, for me, define the city.

Yet, of late, as I stroll through Yerushalayim, I can’t help but notice the increasing absence of both the statement and the gesture, as all too often neither is offered nor returned. For all too many just “being” in Jerusalem is not enough, as a city that blends heaven and earth is deemed by them just another city that induces neither blessing nor smile.

This past week my wife, Reva, and I attended the middle school graduations of our granddaughter, Olivia (Simona), and our grandson, Ethan (Ozer Shimon), who was asked to recite the Prayer for Israel and Peace. Prior to doing so, he recounted his reaction to his younger brother, Calvin’s (Shalom’s) bar mitzvah, celebrated several days earlier in Jerusalem.

To my great joy, he noted that while he appreciated every aspect of the event as well as the spirit and sacrifice of the Israeli people and IDF, for him there were two great highlights: One, was his realization that the event, attended by all his uncles, aunts and cousins from both the Friedman and Oliner families who came for the Shavuos weekend to hear his brother lain at both the Kotel and Great Synagogue, confirmed our oft-repeated statements about the value and beauty of family. His remarks reflected my own comment at the simcha that, while all else is transient and fleeting, the bond of family endures; that, while as my mother, z”l, (his great grandmother and a Holocaust survivor) observed: “everything can be taken from you except that which is within you,” that which is within you that is truly meaningful, is placed there by family, teachers, rebbeim and study.

His other highlight was the fact that so many Israelis shared his family’s joy: from the cab driver who threw candies and sang Mazel Tov to the restaurateurs who treated our simcha as their own. We are one great family and nation. 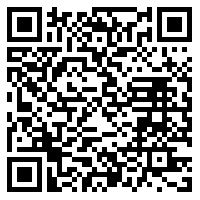