A special citation for Fostering Israel-Diaspora Relations through the Arts will be presented on Wednesday, Nov. 25, to Shalva Band, which rose to fame after entering the finals on the Israeli TV show “Rising Star.” The program decided which act would represent Israel in the 2019 Eurovision song competition, which was held in Israel.

The band’s inspiring guest performance at the Eurovision semi-finals brought the band international acclaim and invitations to perform around the world and in Jewish communities.

The winners of the 2020 B’nai B’rith World Center-Jerusalem Award for Journalism are Branu Tegene and Danny Kushmaro of Channel 12 News, and former Haaretz correspondent Dina Kraft.

Tegene is a correspondent, Kushmaro is a news anchor, and they’ll receive the award in the broadcast media category for a 5-part series titled “Mefutzalim” (Split Up: The Story of the Ethiopian Jewish Community) that follows the lives of Jewish Ethiopians left behind after the community’s mass immigration to Israel.

Kraft will receive the award for print media in memory of Luis and Trudi Schydlowsky for articles on Jewish communities in the United States and Great Britain.

Minister of Aliyah and Integration Penina Tamanu-Shata will deliver the keynote address at the Menachem Begin Heritage Center in Jerusalem. Due to Covid-19 regulations, the ceremony will be held with limited participation and streamed live on Facebook and YouTube in Hebrew (a version with English subtitles will be uploaded shortly thereafter).

Since its establishment in 1992, the B’nai B’rith World Center Award for Journalism has recognized excellence in reporting on contemporary Diaspora Jewish communities and on the state of Israel-Diaspora relations in the Israeli print, broadcast, and online media. The award is widely recognized as the most prestigious prize in the Israeli media industry for Diaspora reporting.

The awards are presented in memory of the late Wolf Matsdorf, editor of the World Center-Jerusalem’s journal “Leadership Briefing” and a journalist in Israel and Australia, and his wife, Hilda, a pioneer in social work in both Australia and Israel, and in memory of Luis and Trudi Schydlowsky. The award is made possible through donations from the Matsdorf family and B’nai B’rith World Center-Jerusalem board member Daniel Schydlowsky. 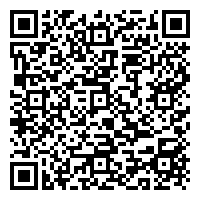